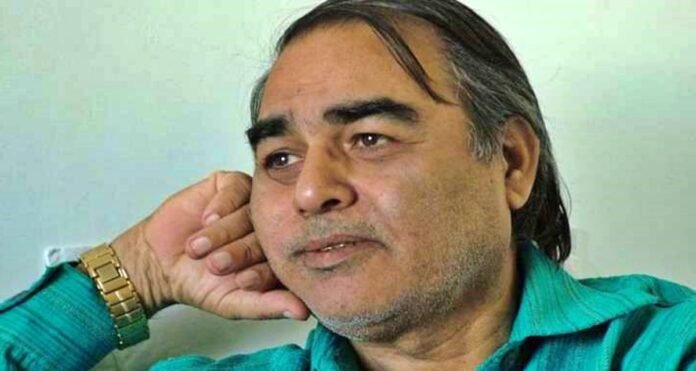 Mumbai: Lyricist Ibrahim Ashk passed away on Sunday due to complications related to COVID-19 and pneumonia. His daughter gave this information. He was 70 years old. Ashq is known for writing songs for films like “Kaho Na Pyaar Hai” and “Koi… Mil Gaya”. His daughter Mussafa said that Ashq was admitted to Meditech Hospital in the city on Saturday after he complained of breathlessness. The daughter told that her father was diagnosed with Covid-19 pneumonia, which affected his lungs.

Mussafa told PTI, “He was admitted to the hospital on Saturday after he became very ill. There he was found to be infected with Kovid. He had covid pneumonia, which doctors told us that his lungs were affected and he was having difficulty in breathing. He passed away today at around 4 pm.” He said that his last rites would be performed on Monday morning.

Born in Madhya Pradesh, Ashk did his post-graduation in Hindi literature from Indore University in 1974. He was a poet of the Urdu language. He also later worked as a journalist. His popular works in Bollywood as a lyricist include “Kaho Na Pyaar Hai”, “Na Tum Jaano Na Hum”, “Koi Mil Gaya”, “Idhar Chala Mein Udh Chala” and “Koi Mil Gaya”. Aap Mujhe Achhe Lagne Lage” .

29/07/2021/9:58:am
Mumbai: Crocodile is being seen in some residential areas of Sangli after the floods due to heavy rains in Maharashtra. One such case has...

Sonali Bendre will make OTT debut with ‘The Broken News’, said this by sharing...

17/08/2020/12:26:am
The Jammu and Kashmir administration on Sunday night restored high-speed mobile Internet services on a trial basis in Ganderbal and Udhampur districts one each...

The court’s decision on the status of Kamal Nath’s star campaigner was postponed by...

These films will be released on the OTT platform from July...