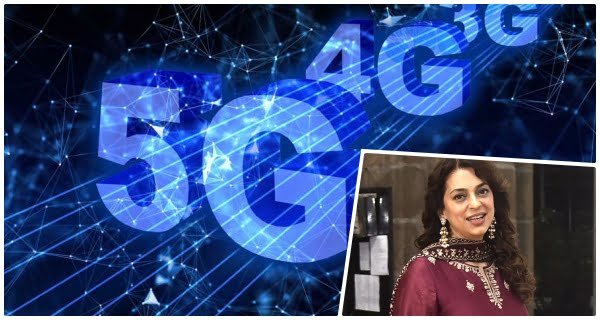 New Delhi: Bollywood actress Juhi Chawla was in the news for a long time for her petition challenging the 5G wireless network technology. Where today the Delhi High Court has given a big blow to the actress while giving its verdict. Court has dismissed Juhi Chawla’s suit challenging 5G wireless network technology and imposed a fine of Rs 20 lakh on Juhi.

Juhi’s petition had claimed that there is a risk of harm to humans, animals, birds and the environment due to 5G wireless technology schemes. However, the court dismissed this petition saying that the petitioner has misused the legal process and fined them.

The court said during the hearing that, “Juhi Chawla’s petition is flawed and abuses the process of law. This wasted the time of the court. This case was filed only for publicity.

The court also said that, “Juhi Chawla shared the web link of the hearing on her social media account, whereby unidentified persons obstructed the hearing.”

Giving a verdict on the petition of the actress, the court said, “There is only some such information in her petition which is correct, the rest are only speculations and doubts have been expressed. The actress should also deposit the court fees that are made in this case along with the rules.

20/07/2020/8:09:pm
Dubai: Shah Salman of Saudi Arabia was admitted to a hospital in the capital Riyadh for medical examination after a gallbladder inflammation. The royal...