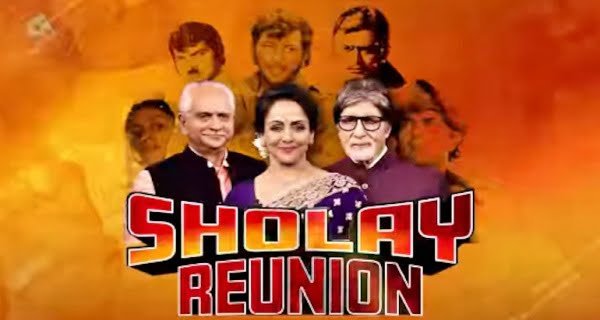 Mumbai: This time the episode of ‘Fantastic Friday’ of Kaun Banega Crorepati 13 is going to be very special. Sholay will have a reunion this week in the episode of Fabulous Friday. Filmmakers Ramesh Sippy and Hema Malini will be seen with Amitabh Bachchan in KBC. The channel has shared a new promo of this episode on the official page of Instagram, which is very funny. In this episode, Ramesh Sippy will make many funny revelations related to Sholay’s film.

Ramesh Sippy explains why he had cast Amitabh Bachchan for the film. Ramesh Sippy says that after watching Amitabh Bachchan’s ‘Anand’ and ‘Bombay to Goa’, he felt that Amitabh can play any character well. At the same time, Big B looks very happy to hear this compliment from his director.

After this, Amitabh Bachchan also makes a funny disclosure related to the film. Amitabh Bachchan says that the popular scene of Sholay in which Jaya Bachchan is lighting a lamp on the stairs and Amitabh Bachchan keeps playing the mouth organ below took three and a half years to shoot this scene.

The spectacular Friday episode of Kaun Banega Crorepati 13 will also bring back many memories related to ‘Sholay’, one of Bollywood’s most iconic films. Dharmendra will also join the episode through video calls. Dharmendra reminds the entire team how he walks 28 miles during the shoot and everyone cheers for him.

Amitabh Bachchan further jokingly says that if he reveals this whole incident, Dharmendra will beat him up. This episode of ‘Kaun Banega Crorepati’ will be no less than a visual delight. Apart from this, Amitabh and Hema Malini will also recreate ‘Dilbar Mere’. Fans are eagerly waiting for this episode.

05/11/2020/9:04:am
Mumbai: Bollywood action star Vidyut Jammwal is very active on social media. Actor Vidyut of 'Commando' franchise films has made a special place in...

08/07/2020/7:32:pm
New Delhi: According to the study model of researchers from the prestigious Massachusetts Institute of Technology (MIT) of the US, if the vaccine or...