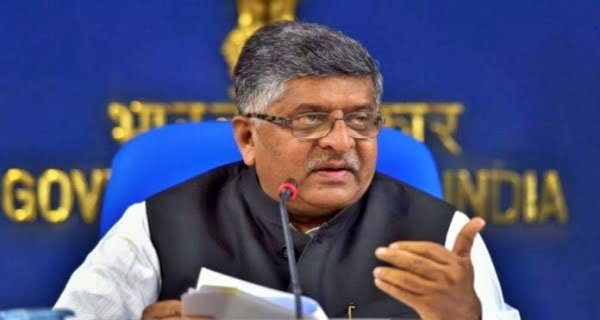 New Delhi: In India, the dispute between the micro-blogging site Twitter and the Government of India is increasing continuously. It is reported that the Twitter account of Union Communications and Information Technology Minister Ravi Shankar Prasad was closed for an hour. According to the news agency ANI, the access to the account was closed for one hour, and for this, it has been cited as a violation of the Digital Millennium Copyright Act (DMCA) of America. Let us know what happened that Twitter closed the Twitter account of the IT Minister of India for an hour.

According to the report published in Aaj Tak, the action taken by Twitter on Ravi Shankar Prasad was a tweet related to 2007. In the year 2007, Ravi Shankar Prasad wrote a caption while posting the video of AR Rahman’s song ‘Maa Tujhe Salaam’ on the occasion of a Vijay Diwas. Please tell that the copyright of this song is with Sony Music. It is being told that Sony Music had complained to Twitter for using this song. According to a website named Lupine, which monitors copyright requests, action has been taken in this case also under copyright.

According to information received from Lumen, Twitter was sent a DMCA notice on behalf of Sony Music Entertainment. DMCA is a US copyright law. It was implemented in 1998 by the then US President Bill Clinton. The purpose of this law was to protect any kind of content such as audio, video, and text from being stolen.

In this complaint, Sony Music Entertainment asked Twitter to remove this tweet. After this, on 24 May, the whole matter complained to the International Federation of the Photographic Industry (IFP) and on 25 May, Ravi Shankar Prasad’s account was locked for one hour. Not only this, that tweet was also removed.

iApply Analyzes the Impact of COVID-19 on International Students

28/08/2020/10:52:am
Chandigarh: Studying abroad is one of the most rewarding decisions that students make in their lives. It is an experience that benefits them, way...

24/06/2021/9:13:pm
Tokyo: The more than 40-year-old nuclear plant in central Japan will be operational again after a decade as Japan moves towards meeting its goal...

Serum Institute has reduced Covishield prices, states will now get Covishield in Rs.300

28/04/2021/8:41:pm
New Delhi: On the demand of the serum institute states have reduced the prices of vaccine covishield. Under which the states will now get...