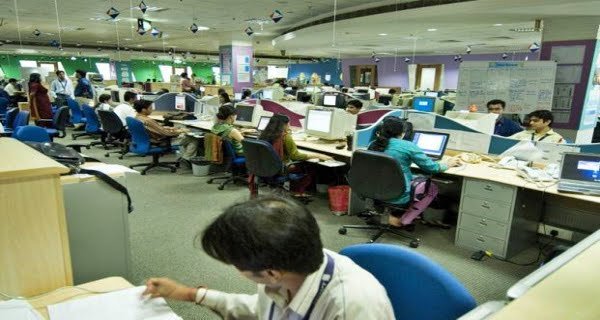 Mumbai: With automation picking up pace in various industries, especially in the technology sector, domestic software companies employing 16 million people will lay off 3 million employees by 2022. This will result in huge savings of $100 billion for these companies, most of which they spend on annual salaries. This information has been given in a report.

According to Nasscom, the domestic IT sector employs about 16 million people, of which 9 million are in low-skill services and BPO services. According to a report by Bank of America released on Wednesday, 30 percent of these 9 million people, or about 3 million people, will lose their jobs, mainly due to Robotic Process Automation or RPA. RPA alone will replace around seven lakh employees and the rest will be due to other technological up-gradation and skill enhancement of domestic IT companies.

It also said that the RPA will have a bad effect in the US and there will be about one million jobs. According to the report, based on an annual wage of $25,000 on employee salaries for resources in India and $50,000 for US resources, this would result in savings of about $100 billion in annual salaries and related expenses for corporates.

“TCS, Wipro, Infosys, HCL, Tech Mahindra, Cognizant and others appear to be planning to reduce low-skill roles by 30 lakh by 2022 due to RPA skill enhancement,” it said. RPA is not a robot but an application of the software that performs routine and hard work. This helps employees focus on more different tasks. It is not like a simple software application as it mimics the way employees work. It saves time, reduces cost.

However, the report also said that despite such widespread automation, major economies such as Germany (26 percent), China (seven percent), India (five percent), South Korea, Brazil, Thailand, Malaysia, and Russia are facing labor shortages. can face. In contrast, South Africa, Greece, Indonesia, and the Philippines will have additional labor available for the next 15 years.

No employee will be laid off, no reduction in basic pay, DA: Air India

09/05/2021/11:25:pm
New Delhi: Delhi Chief Minister Arvind Kejriwal on Sunday announced to extend the lockdown till May 17 morning to control the further spread of...

Tonight hundreds of meteors will be seen in the sky, astronomical fireworks will be...