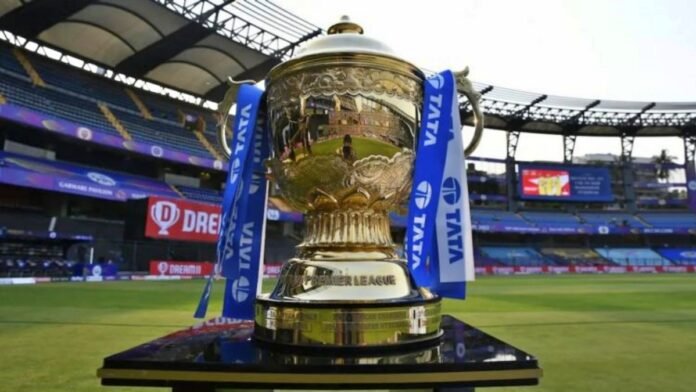 New Delhi: The day of December 23 is fixed for the mini-auction of IPL 2023. Now the BCCI has also fixed the last day for the registration of the players. According to this, players will have to register by 5 pm on December 15 to participate in the auction. It is believed that Sam Curran, Ben Stokes, and Cameron Green will be the main attraction of this auction. Former England Test captain Joe Root has also registered himself for the auction. It is expected that they can get buyers this time. Root had also given his name for the 2018 IPL but he remained unsold.

The auction date may change
It is possible to change the date fixed for the IPL mini-auction? Actually, all the teams in IPL have appealed to change the date of the auction, which BCCI is considering. Since December 23 is the day around Christmas, the franchisees fear that many of their foreign workers will not be available. All the franchises have foreign coaching staffs. The head coaches of seven out of ten IPL teams are also foreigners. It will be difficult for the teams to strategize without their head coaches. The final decision on this issue is expected to come by next week. Earlier in February, the mega auction was held for two days. However, the mini-auction will be for one day.

163 players have been retained by IPL teams, while 85 players have been released. Sunrisers Hyderabad will have the maximum amount in the mini-auction. 42.25 crores are present in the purse of Hyderabad. At the same time, Rs 32.20 crore is left with Punjab Kings, Rs 23.35 crore with Lucknow Supergiants, Rs 20.55 crore with Mumbai Indians, and Rs 20.45 crore with Chennai Super Kings. Delhi Capitals have Rs 19.45 crore in their purse, Gujarat Titans have Rs 19.25 crore and Rajasthan Royals have Rs 13.20 crore. Royal Challengers Bangalore (Rs 8.75 crore) and Kolkata Knight Riders (Rs 7.05 crore) have the least amount left in their purse.

Celebration of grand Diwali started in Ayodhya, today a new record will be made...

01/08/2022/9:03:pm
New Delhi: The biggest ever spectrum auction in India ended on Monday. The seven-day auction saw a record sale of a 5G telecom spectrum...

Now LG is the only government in Delhi- Center has implemented new law amid...

28/04/2021/11:31:am
New Delhi: Amid the worsening situation due to Corona infection in Delhi, the Central Government has issued a notification to implement the GNTCD Act...

14/07/2020/4:25:pm
The raging coronavirus pandemic has the potential to get far worse if countries don't take basic healthcare precautions, the head of the World Health...