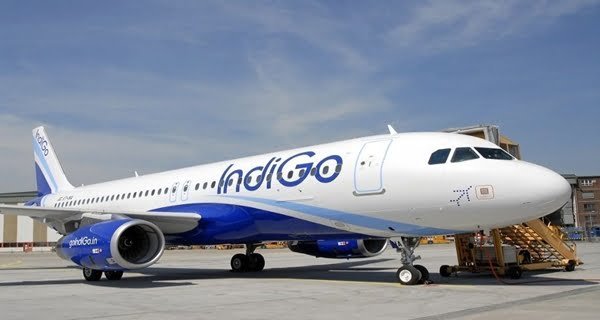 New Delhi: Ranjay Dutta, the chief executive of IndiGo, a provider of cheap aviation services, said on Monday that the company would have to lay off 10 percent of its workforce due to the economic crisis caused by the coronavirus epidemic. “In the current situation, it has become impossible for our company to cope with this economic crisis without sacrificing anything to keep the company running,” Dutta said in a statement. “In such a situation it has become clear after considering every possible measure that we will need to take a painful decision to reduce our workforce by 10 percent,” he said.

This is the first time such a sad step is being taken in the history of Indigo. ” Indigo’s workforce was 23,531 as on 31 March 2019. Datta said that employees affected by this would be paid their ‘notice period’ (prior notice period for leaving or leaving the job). This will be paid on the basis of their gross salary. The statement said that in addition to the payment of notice period, the removal of the employees to be removed from the company will also be paid. This will be calculated based on the monthly cost of the company coming on their salary (Cost to Company-CTC). This salary will be given for a maximum period of 12 months based on each year of their job period.

Example: if an employee has been with Indigo for six years, then he will be given six months salary according to the CTC. On the other hand, an employee who has served Indigo for a period of 12 years or more, will be given a maximum salary of 12 months to be fired from the company. Dutta made it clear that each employee fired will get a minimum of three months’ salary including both the above salary. According to the above calculation, the employee who has spent more time with the company will get more salary.

It is noteworthy that the areas most affected by the Corona virus crisis have been travel and tourism. It has had a bad impact on the aviation industry. The aviation industry is also finding it difficult to meet its expenses due to the nearly two-month lockdown in the country and the ban on international travel. Because of this, every airline company in the country has adopted cost-cutting measures. This includes measures ranging from retrenchment of employees to sending them on leave without pay.

Dutta said that employees affected by layoffs will also be paid their annual bonus and performance-based incentives. At the same time, his health insurance cover will remain intact till December 2020. Not only this, if any of the affected employees wants to go back to their hometown, Indigo will also help them by giving them one way air tickets.

5 Stocks you need to Keep an Eye On

11/04/2022/12:37:pm
Stocks Recommendations for This autumn Earnings Season: If one has adopted the gyrations of the fairness markets in FY22, there may be a variety...

30/06/2020/9:51:am
Beijing: The Government of India has banned 59 apps from China on Monday amid tensions following the violent skirmish between India-China troops in the...

Our health depends on our food and drink

04/09/2020/9:02:pm
National Nutrition Week is celebrated every year from 1st to 7th of September. The main purpose of celebrating this day is to spread health...

05/09/2020/7:49:pm
United Nations: United Nations Secretary-General Antonio Guterres warned that there were famines in the conflict-affected Congo, Yemen, South Sudan, and Northeast Nigeria. And there...

Do not do this mistake before issue check, otherwise, you will...