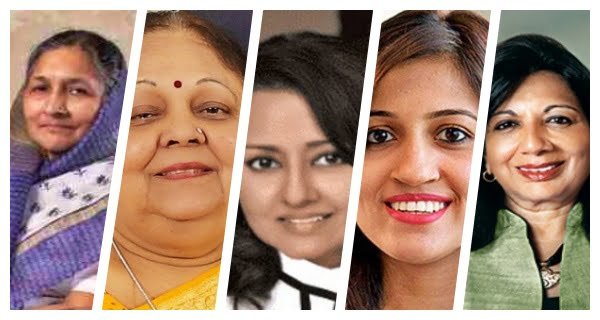 New Delhi: Winning women’s power is less to be praised. Be it home, society, or country, the mainstream of development is related to women. Women constitute 50 percent of the population in our country. At the same time, the contribution of women in the development of the country is as much as that of men. Today we are introducing you to such women who set an example of women’s power. Let’s know about the richest women in the country…..

Savitri Jindal
Let us tell you that Savitri Jindal’s name is number 1 on this list. Savitri Jindal is the chairperson of OP Jindal Group. She is the richest woman in India. At present, his net worth is around 18 billion dollars. He is a role model for all of us.

Vinod Rai Gupta
Vinod Rai Gupta’s name is number two in the Forbes list. He is the co-founder of Havells India, a well-known electric company. His net worth is $7.6 billion.

Leena Tiwari
Meet Leena Tiwari. His name is at number three in the list of Forbes. His current net worth is $4.4 billion. She is the chairperson of the pharma company USV India.

Divya Gokulnath
On the fourth place in this list is the name of Divya Gokulnath, co-founder of Online Class Byju’s. His net worth this year is $4.05 billion, up from $3.05 billion in 2020. Today she is illuminating the name of the country as a strong woman.

So many people got death sentences in India, but are still in jail

14/09/2020/9:25:pm
London: The so-called "Rule of Six" came into force in Britain on Monday, allowing the police to take action against a program involving more...

Tata Sons increases its stake in AirAsia, the company is also...