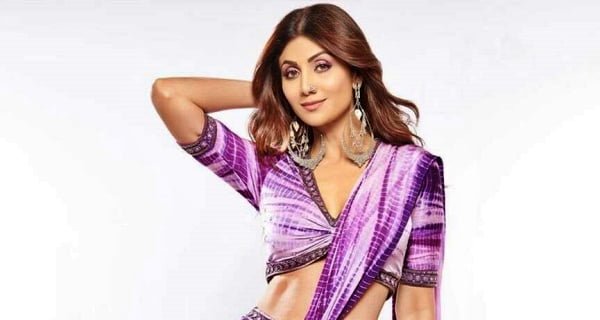 Mumbai: Sony TV does not want to miss any opportunity to entertain its viewers. Recently Sony TV has announced the launch of another popular reality show. The channel, which has been hosting several reality shows including ‘Indian Idol’, ‘Super Dancer’, ‘The Kapil Sharma Show’ and ‘Kaun Banega Crorepati’, will now air ‘India’s Got Talent Promo’. Let me tell you, just a while back, the makers of the show have released its first promo, in which Shilpa Shetty is shown announcing about the reality show.

Announcing the next season of the show, the makers have shared a video on their official Instagram account, in which Shilpa Shetty is seen presenting a show. After this, she says, “Indian has many talents and this is a platform to showcase all these talents, just one India’s got talent, come to India aur Dekho Apna Talent.” Sharing the clip, the caption read, “The biggest talent show of Indian television and the ultimate platform for a diverse array of talent is back. If you have talent then the stage is yours. Auditions start soon. Download/update your Sonyliv app to register.#IndiasGotTalent.” Watch the video here.

On one hand, the promo of ‘India’s Got Talent got many people excited, while some people said that how the show went from Colors TV to Sony TV. Some people are also wondering whether Shilpa Shetty will judge the show. Commenting on social media, one user wrote, “Sarre reality show chahiye Sony ko,” another wrote, “Wow after Kapil Sharma, Sony was snatched India’s Got Talent from Colors too.” To recall, the reality show ‘India’s Got Talent was originally judged by Kirron Kher, Karan Johar, and Malaika Arora. It will be interesting to see who judges it this time on a new channel.

Babar Azam and Rizwan both made many records in the same match, Kohli-Rohit left...

Indian couple requested to send their children from Britain to family

13/08/2020/8:07:pm
London: An Indian couple in the UK has appealed to British authorities to allow both of their children to live in India with their...

Delhi government order, RT-PCR test for passengers returning from UK, will have to pay...

08/01/2021/4:22:pm
New Delhi: With the threat of Corona's new train, the Delhi government has issued an important order regarding flights originating from Britain. The government...