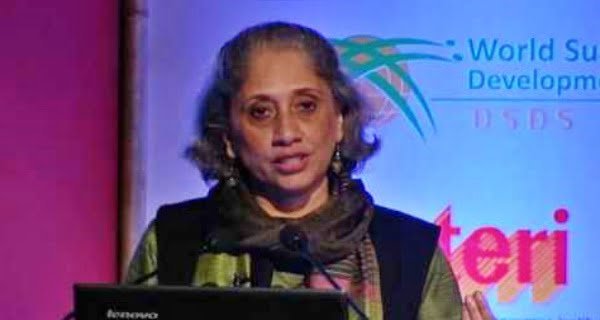 United Nations: Antonio Gutares, the United Nations chief, has appointed Indian economist Ligia Noronha as assistant general secretary and head of the United Nations Environment Program (UNEP) in New York’s office. . Noronha will replace his Indian colleague and economist Satya Tripathi. Gutareis issued a statement on Thursday, thanking him for his leadership and dedication to his work during Tripathi’s tenure.

Noronha is an economist and has 30 years of international experience in the field of sustainable development. He has worked as a Director in the Economic Department of UNNEP in Nairobi since 2014. Prior to joining UNEP, Noronha has also been Executive Director (Research Co-ordination) and Director of Resources, Regulation and Global Security Section at The Energy and Resource Institute (TERI) in New Delhi. It is worth mentioning that in recent times, the number of Indian women in UN agencies has increased.

Middle-aged farmer hanged in toilet amidst movement on Ghazipur border

02/01/2021/10:40:am
Ghaziabad: Farmers have been agitating on the Delhi-Ghazipur border for more than 1 month to withdraw the agricultural bill. Meanwhile, sad news came on...

Saif Ali Khan is writing a book on his life, to be published in...

25/08/2020/9:38:pm
Mumbai: Actor-filmmaker Saif Ali Khan is writing his autobiography and his book will be published in October 2021. The publication group Harper Collins India...

25/09/2020/11:22:pm
Mumbai: Shaheed Kapoor changed the image of his flop star by becoming the 'Kabir Singh' of Bollywood, and now his demand has increased greatly,...

06/09/2020/10:52:am
Prayagraj: The demand for the liberation of Kashi and Mathura has also arisen when the construction of the grand Ram Mandir in Ayodhya begins...