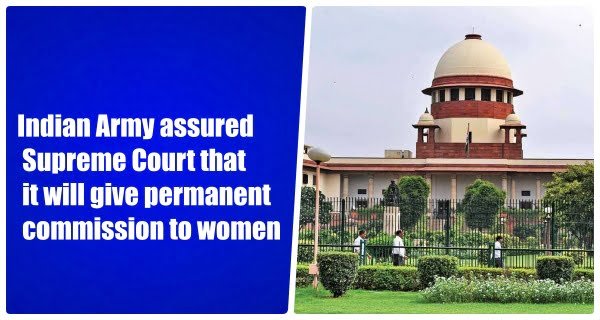 In this case, it was told by the army that only 14 women out of 72 have not been given a permanent commission. Because he is not medically fit. After hearing this argument, the Supreme Court said on Friday that our decision is clear. Despite this, the army did not take the right action and did not follow the order. The army should understand that it is not above the Constitution. Prima facie appears to be a case of contempt of court.

Justice DY Chandrachud said that prima facie it appears that there has been contempt of the order of the court. Still, we give a chance to the army to rectify its mistake. It was again told by the army that at present only 14 women out of 72 have been found medically unfit. The case of a woman is under consideration. Letters have been sent to the rest of the women for permanent commission. After this, the army immediately decided that 11 out of 14 women would be given permanent commission within 10 days. But it cannot be given to only 3 women because they are not meeting the standards at all.

12/11/2021/10:38:am
Warsaw: European Union officials have accused Belarus of government-sponsored human "smuggling" by bringing desperate migrants to the Polish border along the EU's border. Is....

02/09/2021/9:17:pm
Islamabad: A blasphemous act of Fayaz Ul Hassan Chauhan, the controversial minister of Punjab province of Pakistan, is in a lot of discussions these...