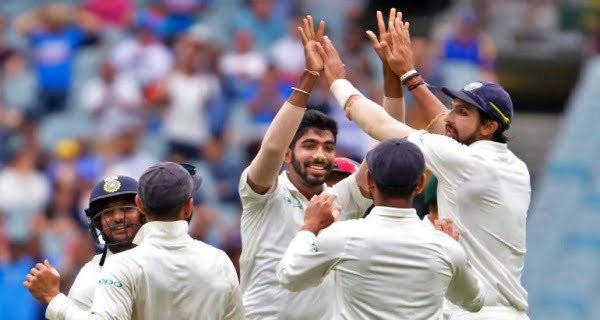 The second Test match between India and Australia was played in Melbourne. The Indian team put Australia on 195 on the first day of the match. After this, he took a lead of 131 runs by scoring 326 runs. Australia’s team could only score 200 runs in their second innings. In this way, India got a target of 70 runs to win. The Indian team achieved the target by losing 2 wickets in 15.5 overs.

India’s victory in Melbourne was captain Ajinkya Rahane (112, 27 *). He scored a brilliant century in the first innings. Then played an unbeaten innings of 27 not out in the second innings. Rahane was given the title of man of the match for this performance.

On Tuesday, when the game started on the fourth day of the match, the Indian team stood close to victory. Australia had lost 6 wickets for 133 runs in their second innings on the third day of the match. Cameron Green and Pat Cummins, who remained unbeaten on Monday, progressed Australia’s innings. Both of these scores reached 156 runs. Cummins was out (22) on this score. He was dismissed by Jaspreet Bumrah. Shortly thereafter, Cameron Green (45), Nathan Lyon (3) and Josh Hazlewood (10) were also dismissed. Mitchell Starc remained unbeaten on 14 runs.
Mohammed Siraj, who is playing in the debut test, took the maximum 3 wickets in Australia’s second innings. Jaspreet Bumrah, Ravichandran Ashwin and Ravindra Jadeja took two wickets each. Umesh Yadav had one wicket in his name. Umesh bowled only 3.3 overs in the match. After this, he went out of the field due to injury. Combining both innings, Jasprit Bumrah took 6 wickets. Ravichandran Ashwin and Mohammad Siraj took 5-5 wickets. Ravindra Jadeja took 3 and Umesh Yadav took one wicket.

This was the overall 100th Test match for India and Australia (IND vs AUS). India has won 29 of these matches, while in 43 it has suffered defeat. There is a match tie and 27 match draws between the two teams..

Big relief to taxpayers, ITR of last 5 years can be verified by September:...

13/07/2020
New Delhi: The Central Board of Direct Taxes (CBDT) on Monday announced a one-time exemption in the verification of pending e-file tax returns (ITR...

21/11/2020
Los Angeles: Twitter has taken control of the official POTUS account of the President of the United States. I Will hand over as soon...