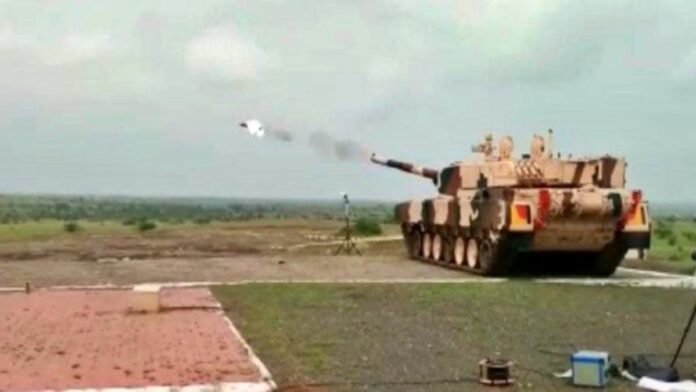 New Delhi: India on Thursday successfully test-fired indigenously developed ‘Anti Tank Guided Missile’ (ATGM) from a military installation in Ahmednagar, Maharashtra. The Defense Ministry said the missiles hit the targets with precision at two different ranges. Defense Minister Rajnath Singh congratulated the Defense Research and Development Organization (DRDO), the manufacturer of the ATGM, and the Indian Army on the successful test-fire of the missile.

The Defense Ministry said, “The missiles successfully hit the targets at two different ranges and successfully destroyed them. The ‘Telemetry’ system has recorded the satisfactory flight performance of the missiles.”

DRDO President G. Satheesh Reddy congratulated the team involved in the successful testing of the ATGM.

12/03/2022/12:25:pm
Moscow: The war between Russia and Ukraine (Russia-Ukraine War) has been going on continuously for the last two weeks. Many cities in Ukraine have...

Has Kyiv been occupied by Russia? Russian media released this VIDEO

03/03/2022/9:16:pm
Kyiv: About eight days after Russia's war in Ukraine (Russia-Ukraine War), the Russian army is seen establishing its control over the capital Kyiv. The...

Russia’s attack on Ukraine will harm many countries, claims top general of US Army

10/02/2022/9:39:am
Washington: The dispute between Russia and America over Ukraine is increasing. Such situations have become such that war can happen at any time. Meanwhile,...

Many years spent in prison, as soon as he was released became President of...

29/01/2021/10:32:am
Bishkek: Nationalist politician Sadyr Japarov became the new president of the Central Asian country of Kyrgyzstan on Thursday. Tell me, he has won a...

Mintel: 41 percent of Young Indian Beer Drinkers Are Willing to Switch to Low...

Russia will help in evacuating Indians, the case of student’s death...