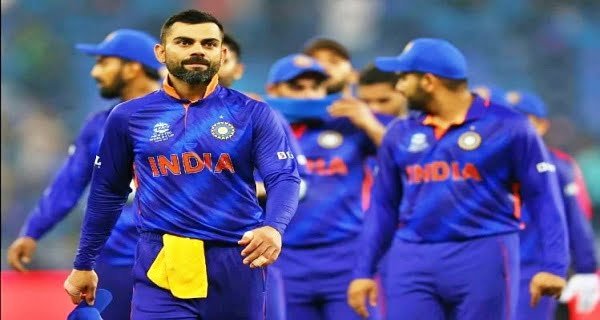 New Delhi: The Indian team is out of the T20 World Cup 2021 without playing the last match. Due to this, there is a huge disappointment among Indian cricket lovers. There is good news for such disappointing fans. India has qualified for next year’s T20 World Cup. Two-time world champions West Indies and Sri Lanka could not qualify for the T20 World Cup 2022. Both these teams will now have to take part in the qualifier matches.

T20 World Cup 2021 was not good for the Indian cricket team. The Indian team led by Virat Kohli lost their first match badly to Pakistan. After this, he had to face defeat from New Zealand. After two defeats, the Indian team returned in color but by then it was too late. The team was entangled in ifs and buts in the race for the semi-finals. The if-but hope was also shattered when New Zealand defeated Afghanistan to secure a place in the semi-finals. India’s last hope was also shattered as soon as New Zealand won. Now India will take on Namibia on Monday, but the loss or victory of this match will not affect the race for the semi-finals or the final.

Meanwhile, it has been decided who will be the top-8 teams of the T20 World Cup to be held in Australia in 2022. These 8 teams will be given direct entry in the Super-12 round (T20 World cup Super 12). According to the ICC, the champion and runner-up of the T20 World Cup 2021 will get direct entry into next year’s World Cup. Apart from these, the next 6 top teams in the T20 rankings on the cut-off date will directly qualify for the Super-12 round of the 2022 T20 World Cup. The ICC has fixed the cut-off date as the deadline of November 15.

Pakistan, Bangladesh, and Afghanistan qualify
Based on the matches so far in the T20 World Cup 2021, it is decided that the rankings of England, Pakistan, India, New Zealand, South Africa, and Australia will not change till November 15. In such a situation, all these teams have directly qualified for the Super-12 round as their ranking will not change till the deadline of November 15. Bangladesh and Afghanistan have also directly qualified for the Super-12 stage of the T20 World Cup 2022 on the basis of better rankings.