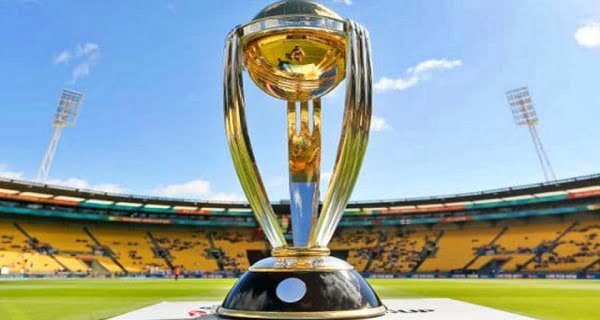 New Delhi: India will host the first 50-over World Cup (ICC ODI World Cup) in the 2030s. According to reports, the Board of Control for Cricket in India (BCCI) is going to get the right to host the 2031 Cricket World Cup. India got the right to host the ICC Men’s T20 World Cup 2021, but due to the Corona epidemic, the BCCI had to organize the event in UAE and Oman. The last time India hosted an ICC men’s tournament was in 2016. The International Cricket Council (ICC) has long wanted to give hosting rights for mega-events to newly emerging countries. Earlier this year, the International Cricket Council announced the schedule of global tournaments from 2024-2031. India will host the ICC Cricket World Cup in 2023 and a new cycle will begin with the ICC T20 World Cup in 2024.

According to a Cricbuzz report, the United States and West Indies are likely to co-host the ICC T20 World Cup 2024. This will be the first ICC T20 World Cup tournament featuring 20 teams. In this 55 matches will be played. During the World Cup in 2021 and 2022, there are 45 matches between 16 teams. The number of teams in the 2027 and 2031 Cricket ODI World Cups will increase to 14. The current number of participants is 10. However, there is no update on the probable hosts for other ICC events. The United States and West Indies are reportedly the frontrunners for the first event of the cycle, while the BCCI is likely to get the rights to host the final event, the 2031 Cricket ODI World.

Why choose the United States?
Obviously, the ICC is eyeing the US market as they try to bring the sport to the 2028 Olympics in Los Angeles. The ICC has already announced its claim for the inclusion of T20 format cricket in the 2028 Olympics.

Will India get a chance to host an event?
According to reports, India is likely to get the 2031 World Cup and may also host some more tournaments. However, the format is yet to be confirmed. Apart from America-West Indies, India, Australia, New Zealand, and England are also contenders. Neighboring Pakistan has also shown interest in hosting a tournament in the next round, either singly or jointly with another cricket board in Asia.

Panvel to Be a New Livewire Centre – Residential, Commercial and Economic Activities

10/11/2020/11:38:pm
Mumbai:  Navi Mumbai International Airport (NMIA) - a Greenfield international airport is coming up at Ulwe- Kopar- Panvel in NaviMumbai. It is developed as a...

Corona vaccine stock is stuck, trouble for private hospitals in Mumbai, know what is...

09/11/2021/6:59:pm
Mumbai: Corona Vaccination work is going on fast in the country. People are being motivated to take both doses of vaccine as soon as...