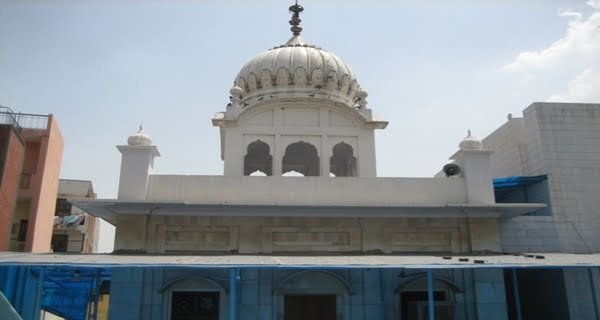 New Delhi: India has lodged a strong protest with the Pakistan High Commission today on the reported incident where a Gurdwara has been claimed as the place of Masjid Shahid Ganj and attempts are being made to convert it to a mosque.

Gurdwara Shahidi Asthan is the site of martyrdom of Bhai Taru Singh ji at Naulakha Bazaar in Lahore, Pakistan

In response to a media query regarding the matter, External Affairs Ministry Spokesman Anurag Srivastava said the Gurdwara is a historical place where Bhai Taru Ji made supreme sacrifice in 1745. He said, the Gurdwara is a place of reverence and considered sacred by the Sikh community.

Mr Srivastava said, this incident has been viewed with grave concern in India and there have been calls for justice for the minority Sikh community in Pakistan.

India expressed its concerns in strongest terms on this incident and called upon Pakistan to investigate the matter and take immediate remedial measures.

Pakistan was also called upon to look after the safety, security, well-being of its minority communities including the protection of their religious rights and cultural heritage.

Russia’s attack on Ukraine will harm many countries, claims top general of US Army

10/02/2022/9:39:am
Washington: The dispute between Russia and America over Ukraine is increasing. Such situations have become such that war can happen at any time. Meanwhile,...

When was the first meeting between Bharti and Harsh? whole story from friendship to...

Elon Musk’s advice to youth, it is necessary to do useful work for others

02/09/2020/11:12:am
Chandigarh: Final year university exams pending examinations of state government-aided colleges and universities in Haryana (Haryana) will be held by the end of September....

Now Facebook can read your mind, know how it will work

Rishi Sunak is ahead at every step in race for British...