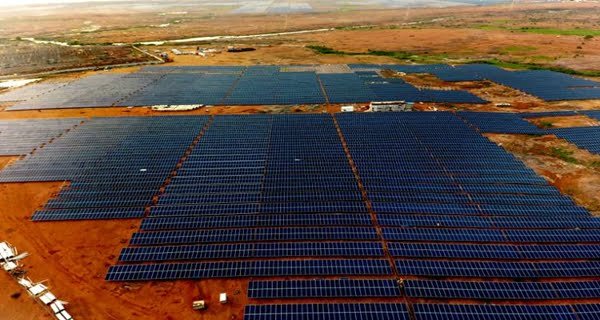 New Delhi: Prime Minister Narendra Modi has said that India has emerged as the most attractive global market for clean energy as well as become a model of clean energy in the world. Launching the 750 MW Ultra-Mega solar project at Rewa in Madhya Pradesh through video-conferencing today, the Prime Minister said India has created International Solar Alliance to promote solar energy. Pointing towards the necessity of quality solar equipment, Mr. Modi said that we are trying to make quality solar panels and batteries in the country so that we do not have to import equipment from abroad.

Praising the efforts of Madhya Pradesh in various fields, Prime Minister Modi has said that the state will emerge as a major hub for clean and cheap power in the country. He said, remarkable works are being done in the state under the leadership of Chief Minister Shivraj Singh Chauhan. With the effective control of Corona virus pandemic, Madhya Pradesh has produced record wheat. Now, the state will make a record in solar power generation, he further said.

The Prime Minister informed that in order to promote solar energy, the government is planning a scheme, through which farmers will now be able to produce electricity by putting solar panels on their barren and unusable land. They will be able to supply electricity to others as well as fulfill their own needs.

Mr Modi said, self-reliance in electricity is integral for ‘Aatmanirbhar Bharat’. Solar energy will play an integral part in achieving this objective. He said, solar energy is sure, pure, and secure. It is sure because the sun would shine throughout the world; it is secure because solar energy rather than polluting the environment, helps replenish it, he added.

The Rewa project, which is the largest in Asia, comprises three solar generating units of 250 MW each located on a 500-hectare plot of land situated inside a Solar Park (total area 1,500 hectares). The Solar Park has been developed by the Rewa Ultra Mega Solar Limited (RUMSL), a joint venture company of Madhya Pradesh Urja Vikas Nigam Limited (MPUVN), and Solar Energy Corporation of India (SECI), a Central Public Sector Undertaking.

WHO appeals to the people regarding the delta variant, said – those taking the...

27/06/2021/9:32:pm
Geneva: Due to the spread of the delta variant of corona across the world, now the World Health Organization (WHO) has appealed that those...

11/10/2022/9:38:am
Guatemala City: Hurricane Julia in Central America caused torrential rains on Monday in Guatemala and El Salvador. At least 19 people are reported to...

18/05/2022/3:39:pm
Oscar winning-singer AR Rahman has been sharing glimpses ever since he arrived at the 75th Cannes Film Festival. Recently, he shared a picture with...

12/10/2022/8:54:pm
New Delhi: The Central Government (Modi Cabinet) has decided to give bonuses to Railway Employees. Along with this, one time grant has been approved...

23/06/2021/9:02:pm
Hong Kong: Hong Kong's pro-democracy newspaper 'Apple Daily' will be closed by this weekend. The decision has been taken after the arrest of five...

Army Day: Army has so far won these wars and...

Not the whole country, only the government will bear the cost...