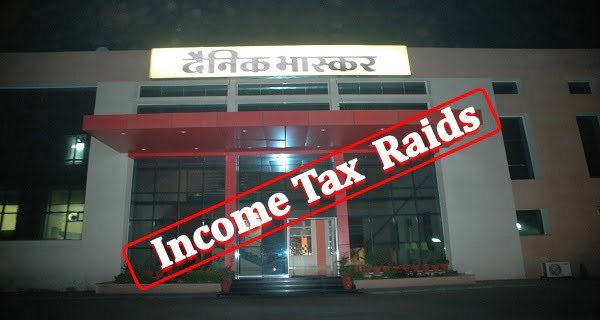 Bhopal: The Investigation Wing of Income Tax on Thursday conducted raids at various locations across the country including Bhopal, Indore, Jaipur, Ahmedabad of Dainik Bhaskar Group. The investigation team also reached the house of the owner of the group in Bhopal. It has been learned that raids are being conducted on the offices of the company since 2.30 pm. The Income Tax Department team is investigating at all places. There is information about confiscating the phones of all the employees present in Bhaskar’s office. Also, no one is being allowed to go out.

According to information received from the sources, it is being told that the matter is related to the difference in the tax paid by the group. It is also being said that the entire search operation is being conducted by the Delhi and Mumbai teams.

Headquartered in Madhya Pradesh, Dainik Bhaskar Group is one of the largest media conglomerates in the country with over 60 editions running in multi-languages ​​across a dozen states.

Indian government’s fourth strike on Chinese apps in 5 months, ban on more than...