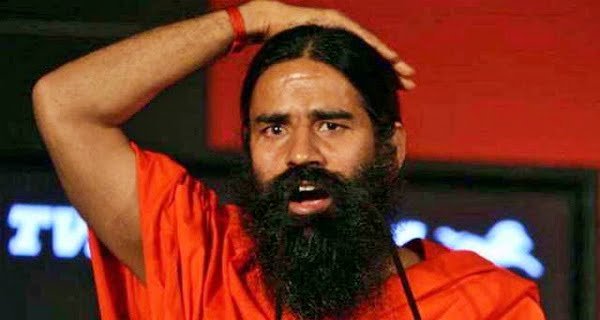 New Delhi: The Indian Medical Association (IMA) on Saturday sent a legal notice to yoga guru Ramdev over his alleged statements against allopathy and “defaming” scientific medicine. In a purported video, Ramdev has claimed that allopathy is a “stupid science” and medicines such as Remdesivir, faviflu, and other drugs approved by the Drugs Controller General of India (DCGI) have failed to treat Covid-19 patients. Earlier, he had reportedly accused modern medical practitioners of “murderers”.

Along with the IMA, the Resident Doctors’ Associations of the All India Institute of Medical Sciences (AIIMS), the RDA of Safdarjung Hospital, and other medical institutes have requested Union Health Minister, Dr. Harsh Vardhan, to take strict action against Ramdev for “the misleading public about Covid-19 treatment”.

However, Patanjali Yogpeeth Trust has denied allegations by the IMA that Ramdev has misled people by making “unlearned” statements against allopathy and defamed scientific medicine. Ramdev has “utmost regards” for doctors and support staff who have been working day and night during such a challenging time of the pandemic, said a statement issued by the Haridwar-based Patanjali Yogpeeth Trust.

He was “reading out a forwarded WhatsApp message received by him and various other members who were participating in the event”, it added. “Swami jee has no ill-will against the modern science and good practitioners of modern medicine. What is being attributed against him is false and nugatory,” said the statement signed by Patanjali Yogpeeth Trust General Secretary Acharya Balakrishna.

Earlier, the IMA had said that the Union health ministry should take action against Ramdev as he has misled people by making “unlearned” statements against allopathy and defamed scientific medicine.

“Lakhs of patients have died after taking allopathic medicines”, the association said quoting the yoga guru. Ramdev should be prosecuted under the Epidemic Diseases Act as “untutored” statements are “a threat to the literate society of the country as well as to the poor people falling prey to him”, the apex doctors’ body said in a statement.

“The Union health minister (Harsh Vardhan) who himself is a practicing modern medicine allopathic postgraduate and head of this (health) ministry, should either accept the challenge and accusation of this gentleman and dissolve the modern medical facility or boldly face and prosecute the person for his words of arson on the sovereignty of the country and book him under the Epidemic Act to save millions of people from such unscientific utterances,” the IMA said. It alleged that Ramdev is trying to take advantage of the situation and create a sense of fear and frustration among the people at large.

He is doing this “so that he can sell his illegal and unapproved so-called medicines and make money at the cost of the public at large”, the association said. The IMA said Ramdev deserves to be prosecuted for disobeying and causing danger to the life of many by making them believe not to take the advice of allopathy doctors.

“The IMA demands and resolves if the minister (Harsh Vardhan) is not taking suo moto action we will be forced to resort to democratic means of struggle to propagate the truth to the common man and knock the doors of the judiciary to get due to justice, it said. Taking people for ransom and winning business by defaming scientific medicine are unpardonable offenses, the IMA said.

Citing Ramdev’s remarks it said such “untutored and unlearned” statements are a threat to society. In a statement, the Resident Doctors’ Association of AIIMS said it “vehemently condemns” the statements given by Ramdev.

On behalf of the medical fraternity, and all healthcare and frontline workers we demand strongly that strictest steps be taken against his inappropriate conduct at the earliest to prevent unrest amongst doctors and anxiety amongst the affected patients and their families,” the AIIMS’ RDA said. The government should ensure that such provocative videos propagating falsified information be admonished, it said.

Ramdev should be booked under relevant sections of the Epidemic Diseases Act, 1987 and we demand that he offers an unconditional apology to the scientific community failing which we will be forced to call for a public protest condemning the act, it said. The RDA of Safdarjung Hospital said Ramdev’s statement must be considered as hate speech.

“The statement of Ramdev Baba must be considered as hate speech and we request the appropriate authorities to book him under relevant sections of the Epidemic Diseases Act, 1987. We demand an unconditional public apology from Ramdev to allopathy and its practitioners,” it said in a statement.

18/04/2021/9:53:pm
Mumbai: Coronavirus infection in Maharashtra is completely uncontrollable. For the past several days, a large number of new cases of corona are coming out...

18/11/2020/9:56:am
Beijing: Chinese President Xi Jinping on Tuesday called on India and other BRICS countries to develop a vaccine to prevent the corona virus. Offered...