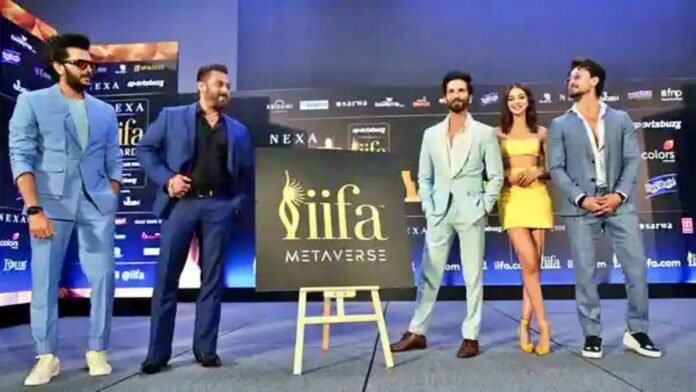 IIFA Awards (IIFA Awards 2022) i.e. International Indian Film Academy Awards (IIFA), which was held after two years this time on Yes Island of Abu Dhabi. A gathering of Bollywood stars was seen in this award show which started on June 2. This is the award show, which not only the stars but also their fans are eagerly waiting for. With the performance of the celebs in IIFA, everyone was in the headlines through social media till the winner. But if you want to have a glimpse of the award show, then this news is of your use, because you can now watch this entire award show on TV (IIFA telecast on Television) with your family sitting at home.

This year the Opening Ceremony for the 22nd IIFA Awards Show took place on 2nd June and the IIFA Awards Ceremony on 3rd and 4th June at Etihad Arena, Yas Island, Abu Dhabi. Through social media, people saw a glimpse of the award show. But now you can see every glimpse of IIFA on TV.

What is IIFA Award?
IIFA Awards is a special show like any other award show, in which Best Film of the Year, Actor, Actress, Singer, Singer, Musician, Director, etc. get awards on the basis of global votes of fans. This year’s Best Actor Award was won by Vicky Kaushal for his film ‘Sardar Udham Singh’. At the same time, the award for Best Actress has been given to Kriti Sanon for her film Mimi.

23/01/2021/1:31:pm
Washington: US National Security Adviser Jake Sullivan told his Afghan counterpart that the Biden administration will review Washington’s peace deal with the Taliban, the...

Virat Kohli trapped on the captaincy front! For the first time in 7 years,...

800 Indians were brought back from Afghanistan by IAF’s C17 aircraft? Know the truth...

18/08/2021/9:07:pm
New Delhi: Since the Taliban occupation in Afghanistan, the situation is getting worse there. Alam is that people are running away from there after...

Aditi Ashok is close to winning the gold, played the card...