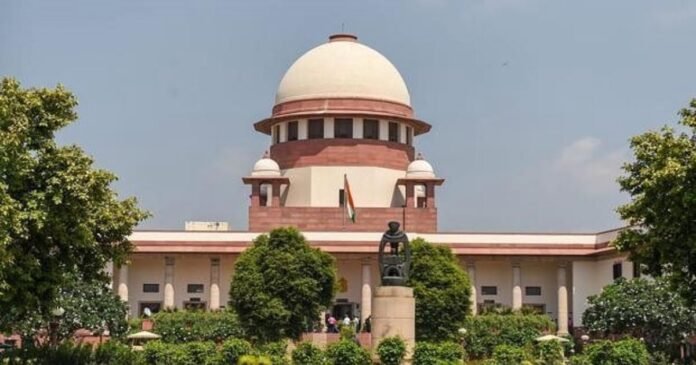 New Delhi: The Supreme Court, while hearing the case of a married couple, has said that if husband and wife cannot live together then it would be better for them to leave each other. Actually, this case is of a couple, who have been together for only 5 days since their marriage in 1995.

The wife had filed a petition in the Supreme Court against the order of divorce issued by the High Court. Hearing the matter, a bench of Justice MR Shah and Justice AS Bopanna told the woman that she should be practical. They cannot spend their whole lives fighting with each other in court. Both are 50 and 55 years old.

The Supreme Court bench has asked the couple to take a mutual decision regarding maintenance. Also, it has been decided to consider the wife’s petition in December. The lawyer appearing for the woman has said in the Supreme Court that it was wrong to grant a divorce on behalf of the High Court.

The lawyer also says that the High Court has also ignored that the agreement has not been respected. Apart from this, the lawyer appearing for the husband has said that his life has been ruined since his marriage in 1995. He says that the married life of both of them was only 5 or 6 days.

The husband’s lawyer has said that it was absolutely right to allow divorce on the ground of cruelty and convertible breakdown of the marriage. It has been said on their behalf that the husband no longer wants to live with the wife and he is ready to pay her maintenance.

The husband’s lawyer has claimed in the court that after the marriage on July 13, 1995, his wife had pressurized him to stay as a homemaker in their house in Agartala. He is from a prosperous family. His father was an IAS officer. When her husband did not agree, she left him and went to her maternal home. Since then both are separated.

Do not do this mistake before issue check, otherwise, you will have to pay...

American citizen couple is forced to hide from place to place due to fear...

19/09/2021/11:01:am
Kabul: US Green Card Holder This California couple with their three young children spend each night in separate homes in the capital of Afghanistan...