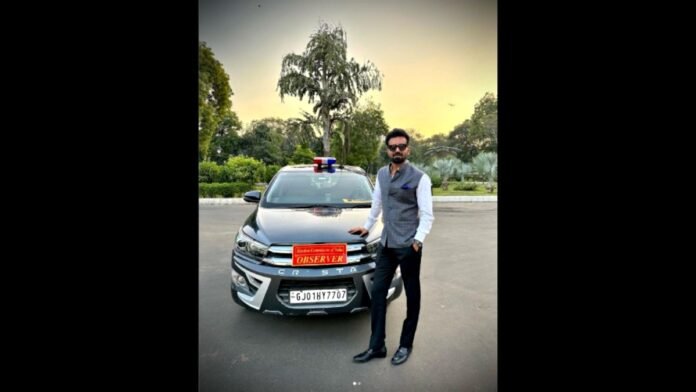 New Delhi: The Election Commission has removed an IAS officer Abhishek Singh from Uttar Pradesh from the post of general observer for the Gujarat Assembly elections for allegedly resorting to a publicity stunt by posting pictures related to his official work on the social media platform Instagram. Sources gave this information on Friday.

In a strongly worded letter to the Chief Electoral Officer (CEO) of Gujarat on Friday, the commission said the 2011 batch Indian Administrative Service (IAS) officer took to the social media platform Instagram to share his appointment as a general observer. He used and used his official position for ‘Publicity Stunt’.

According to sources, Abhishek Singh has also been directed to leave the constituency where he was entrusted with the responsibility. The officer has been asked to report to his nodal officer in his parent cadre. All the facilities given to this officer as a supervisor have also been withdrawn. Sources said that in place of the said officer, another IAS officer has been given additional charge of the concerned assembly constituency.

Maharashtra, cases are increasing rapidly, after Satara, now these districts may soon have...

05/07/2021/9:06:am
Mumbai: Although the pace of the Coronavirus Pandemic in the country has slowed down, in some places of Maharashtra, the cases of COVID-19 are...

No relief from the severe cold at present, temperature will drop further in many...

11/04/2022/3:40:pm
<!-- --> Anil Kapoor tweeted this (Image courtesy: anilkapoor) Writer and actor Shiv Subramaniam, who was cremated right this moment, has been remembered with respect by his...

Drug mafia whose lakhs of rupees were eaten by termites every year, read unheard...

Gorge on Some Scrumptious Burgers in Delhi NCR

Danger of new corona strain looming in Meerut, 3 members of...