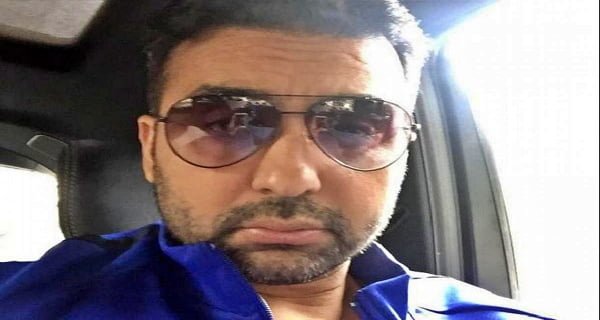 Mumbai: Raj Kundra, the businessman husband of actor Shilpa Shetty, was arrested by Mumbai Police on Monday night for allegedly making pornographic films and publishing them through apps.

Mumbai Police said the case in this regard was filed in February this year and Kundra was the “key conspirator” in the matter. Police also added that they have sufficient evidence against Kundra, who was arrested after several hours of interrogation.

“There was a case registered with Crime Branch Mumbai in February 2021 about the creation of pornographic films and publishing them through some apps. We’ve arrested Mr. Raj Kundra in this case on 19/7/21 as he appears to be the key conspirator of this. We have sufficient evidence regarding this. The investigation is in progress,” said Hemant Nagrale, Commissioner of Mumbai Police.

So far, 10 accused have been arrested in the case, including Kundra.

“Our team worked on it closely after filing the first charge sheet in the case. During the probe, we found that the accused, in fact, sent WeTransfer files abroad sitting in Kundra’s office,” said an officer of the Crime Branch.

Initially, the crime branch said that the gang used to lure aspiring actors in the name of giving them meaty roles in films on OTT platforms, but later they forced them into pornography. The accused used to earn Rs 2-3 lakh per video and the victims were just paid Rs 20,000-Rs 25,000, sources said.

Umesh Kamat, who was earlier arrested by the property cell of Mumbai Crime Branch, was the managing director of VIAAN industries in which Kundra is a chairman and non-executive director. The Crime Branch arrested a C-grade film director from Surat on February 10 this year, identified as Tanvir Hashmi alias Tan, who has so far directed eight films and was using his contacts to trick aspiring actresses into shooting pornography. During the investigation, the Crime Branch found that he was also shooting pornographic videos, which were then sent to UK-based Kernin Limited through Kamat.

OTHER CONTROVERSIES
This is, however, not the first time that Kundra ran into a controversy. In March last year, both Shetty and Kundra were named in an alleged scam concerning the Satyug Gold Pvt. Ltd, a gold trading company of which they are ex-directors.

In 2019, the ED had summoned Kundra in connection with its money laundering probe against late gangster Iqbal Mirchi and others. The central probe agency was looking at Kundra’s purported dealings with Ranjeet Bindra and a firm called Bastian Hospitality in connection with the case.

Kundra and Shetty had tied the knot on November 22, 2009, after dating for a few years. The couple welcomed their first child, Viaan Raj Kundra, three years later in 2012. They welcomed their second baby, Samisha, through surrogacy.

The second wave of Corona was vicious, more than 89 thousand cases in 24...

18/09/2020/12:53:am
Bangalore:  India’s 1st and only cloth diapers cover with chemical-free disposable nappy pads. Bdiapers have a patented design of diapers that provide the health of cloth...