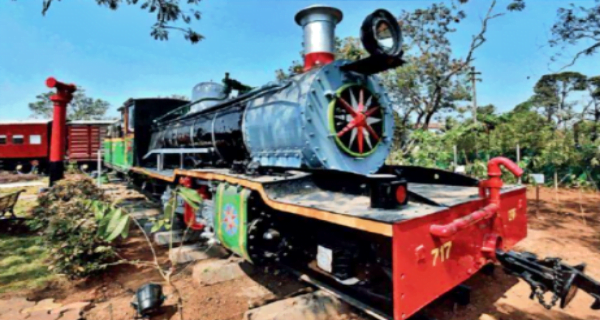 It is worth mentioning that in the Heritage Gallery of CSMT, locos and other historical machines from the beginning to the end of Indian Railways have also been kept, so that people can get information about the progress of the railway. Old and important old and important hand operated rail crane brought from London in 1923 to London, hand operated rail crane brought from London in 1923, rail bus built in BEML Bangalore, narrow gauge diesel locos running in Murtajapur section. Locos are being brought here from Parel workshop and other places.

CPRO of Central Railway Shivaji Sutar said that tourists are aware of old historical locos and goods related to railway operations, for this purpose they are being chanted in the Heritage Gallery of CSMT. Our coming generations interested in heritage will also benefit from it.

08/02/2021
New Delhi: Bollywood actress Disha Patani's new song 'Mere Naseeb Mein' has been released. This song is being liked a lot. Disha has given...

Government to sell its entire stake in Tata Communications has 7.44 crore shares in...

Half of the $ 1.9 trillion relief package approved in the US House, every...

Rail stop campaign on February 18 by farmers, said – if needed, will bring...

11/02/2021
New Delhi: Where it has been more than two months for the Farmers Protest regarding the controversial agricultural laws brought by the Modi government...