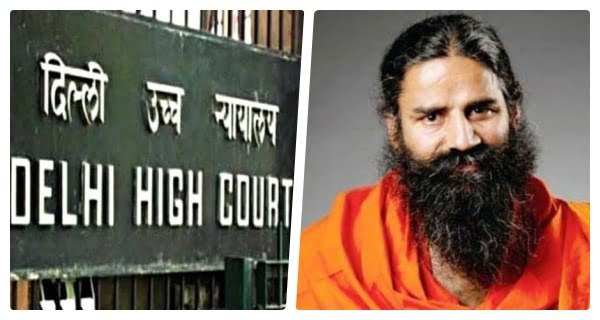 New Delhi: During the hearing of the DMA’s application in the matter of Swami Ramdev’s statement about doctors, the Delhi High Court said that it is the individual’s personal opinion, what is the justification for suing this matter? The court said that whether allopathy is such a weak science that an application should be filed in the court after someone’s statement? At the same time, in this case, the court also advised Baba Ramdev that there is no problem in promoting Coronil, but avoid making such statements regarding allopathy.

In the case of Baba Ramdev’s statement against the doctors of allopathy, the Delhi High Court while advising Ramdev’s lawyer said that he should ask his client not to make any such statement about allopathy in the future. Ramdev’s lawyer said that he is a respected person. His clients will respect the order of the court. The court said that we are not issuing any order in this matter. He sincerely hopes that his clients will not issue any statement in the future. On the statement given about Coronil, the Delhi High Court said that we will not interfere in this matter.

The court said in its order that in this case, we want Baba Ramdev’s answer from all the parties, the court has given 3 weeks’ time to all the parties to file a reply. The Delhi High Court will next hear the matter on July 13.

What did the High Court say about Coronil The Delhi High Court said that suppose 10 thousand people buy Coronil. Let’s say 9.5 thousand people died. They thought Coronil would work. You go to the press and say look, Coronil has killed 95% of the people. Are you saying that Ramdev will sue you? Allopathic has worked for some and not worked for us. This is someone’s point of view. The High Court said that this court cannot say whether the treatment of Coronil is right or not. This is a matter that needs to be looked into by a specialist who requires medical experts. A lot of scrutinies is a bargain.

Centre should direct states to pay salaries to doctors: SC

18/06/2020/12:10:am
New Delhi: The Supreme Court on Wednesday asked the Centre to issue directions to states for payment of salaries and providing necessary quarantine facilities...