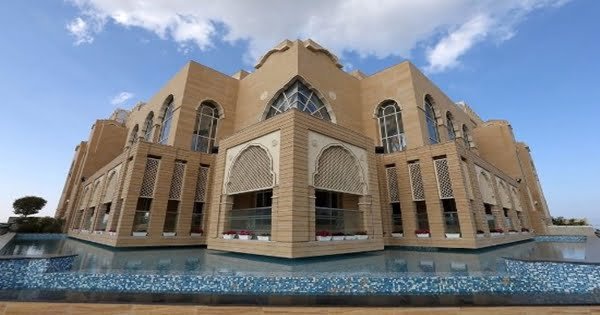 Dubai: A Dubai-based gurudwara has sent the first chartered aircraft to Punjab to repatriate 209 Indians stranded in the United Arab Emirates (UAE). According to Gulf News, Guru Nanak Durbar Gurdwara arranged for the aircraft which left 209 passengers from Dubai to Amritsar on Thursday. Gurdwara officials said in a statement that they are in the process of arranging to send more such aircraft to Amritsar in the coming days to facilitate the return of Indians stranded in the country (UAE) due to travel restrictions imposed by Kovid-19.

“The second aircraft is scheduled for June 27, two others are in readiness and we are working on sending six more aircraft in the coming weeks so that the stranded countrymen can reach home safely and at the earliest,” the statement said. It added, “We are thankful to the Indian Consulate in Dubai and the Embassy of India, UAE, for facilitating the first chartered flight.” Gurudwara chief Surendra Singh Kandhari said that since March, the gurdwara has been distributing food to about 1,500 people every day with the help of the Indian consulate and volunteers.

30 Lakh Trees Cut in India for Developmental Projects in 2020-21: Govt

08/12/2020/1:39:pm
New Delhi: There has been a stir in the country regarding the Corona Virus vaccine. Successive vaccine companies have started applying for Emergency Approval...

10/01/2021/4:30:pm
Ahmedabad, Gujarat, India: DARWYN is all set to stir some more excitement amongst healthcare professionals and mobility enthusiasts this month. Commencing 2021, the DARWYN scooters that have been...

SBI YONO has brought a big offer, giving so much discount on shopping from...