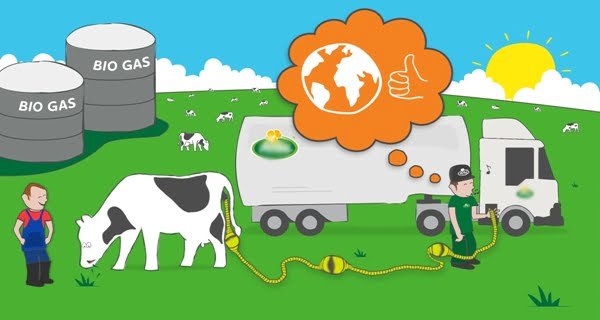 Gandhinagar: Gujarat based and Asia’s largest Banas dairy had come up with an innovative project to produce CNG from animal dung. The Chairman of Banas dairy Mr. Shankar Chaudhary made the official announcement of the project today. Mr. Chaudhary claimed this as the country’s first such endeavor.

Following the appeal by PM Narendra Modi on creating best from the waste, Banas dairy started the country’s first CNG pump in which Gober gas is being produced, purified converted into CNG. The dairy is collecting over 40 tonnes of cow dung from the farmers of around 25 villages. A total of 800 kgs of CNG is expected to produced daily under the project. The sale of CNG will begin from the pump in the coming week. Mr. Chaudhary said that the aim of the project is to increase the farmer’s income and make them self reliant.

The Indian Army has given a strong answer to China, took back the encroached...

03/09/2021/10:05:pm
Mumbai: The last rites of Bigg Boss 13 winner and Bollywood actor Siddharth Shukla were performed on Friday at the Oshiwara crematorium in Mumbai....

India’s Pharma industry is an asset not just for India but for the entire...

Will Smith On 10-Year Oscars Ban

Deleted messages can be recovered on WhatsApp, very easy way