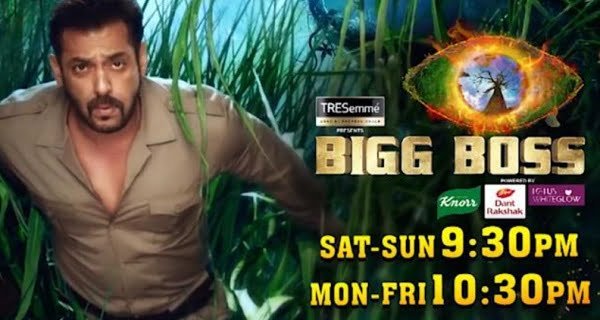 Mumbai: For a long time, Bollywood superstar Salman Khan has been in discussion about his show ‘Bigg Boss 15’. Viewers were constantly asking questions on social media about when the actor’s show would be telecast. But now we have brought big news for the audience. ‘Bigg Boss 15’ is going to start on Colors TV on 2nd October. In this show, Bigg Boss OTT winner Divya Agarwal and Pratik Sehajpal are going to get a chance to join ‘Bigg Boss 15’.

The makers themselves have shared a promo confirming it officially. Along with this, the caption read, ‘Like every season this season too, the audience will get to see a new twist… #BiggBoss will premiere on 2nd October at 9:30 pm only on COLORS.

It is known that this season of Bigg Boss OTT is over. It was seen hosting filmmaker Karan Johar. Last night, Karan gave the title of Bigg Boss OTT to Divya Agarwal. Contestants like Shamita Shetty, Nishant Bhat, Prateek Sahajpal, and Rakesh Bapat were involved in this race. Divya got a cash prize of Rs 25 lakh and a lavish trophy house as the BB OTT winner.

Joe Biden spoke on ending the war in Afghanistan

01/09/2021/10:52:am
Washington: US President Joe Biden addressed for the first time on Wednesday after the withdrawal of US forces from Afghanistan. During this, he said...

31/07/2021/8:09:pm
Tokyo: Great Britain's victory over Ireland in the women's hockey match at the Olympics has turned out to be beneficial for India. The Indian...

03/12/2021/10:52:pm
Visakhapatnam: There is a danger of Cyclone Jawad in many states of the country. This storm intensified into a cyclonic storm. It is moving...