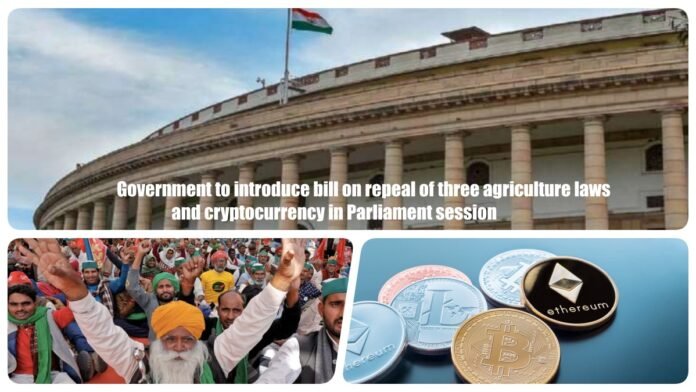 New Delhi: 26 Bills have been listed for the Winter Session of Parliament, including three to repeal Agriculture Laws and a Bill related to Cryptocurrency. This information has been given in the bulletin of the Lok Sabha Secretariat. According to the Bulletin of the Lok Sabha, the Cryptocurrency and Official Digital Currency Regulation Bill 2021 is listed in the list of bills to be introduced in the lower house during the winter session of Parliament.

The bill seeks to create a supporting framework for the creation of an official digital currency issued by the Reserve Bank of India. The proposed bill seeks to ban all types of private cryptocurrencies in India. However, there are exceptions to this, in order to encourage the use of cryptocurrencies related to technology and its use.

There is no restriction or regulation regarding the use of cryptocurrencies in India at present. It was against this background that Prime Minister Narendra Modi held a meeting with senior officials on cryptocurrencies earlier this month and indicated that strict regulatory measures would be taken to tackle the issue.

According to the Bulletin of the Lok Sabha Secretariat, Bills related to the repeal of three agricultural laws are listed for introduction during the session. Significantly, in the month of September last year, the Central Government had passed the Farmer Produce Trade and Commerce (Promotion and Facilitation) Act, Agriculture (Empowerment and Protection) Price Assurance and Agricultural Services Agreement Act, and the Essential Commodities Amendment Act, 2020 amid heavy protests from opposition parties. had made. Farmers’ organizations have been protesting on the border of Delhi for the last year in protest against the three agriculture laws.

Both these Bills will also be brought in place of the respective Ordinance. The National Anti-Doping Bill 2021, Human Trafficking (Prevention, Protection, and Rehabilitation) Bill 2021, Electricity Amendment Bill 2021, Emigration Bill 2021, etc. are listed for introduction during the session. 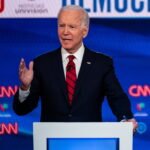