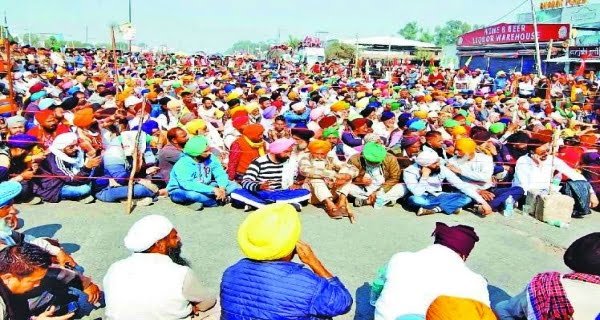 The solution can be found on 22 January
After the meeting, Agriculture Minister Narendra Singh Tomar said that during the discussion we said that the government is ready to ban agricultural laws for one to one and a half years. I am happy that the farmer’s organizations took it seriously and said that they will discuss it tomorrow and will give their decision on 22 January. Tomar said that I think the conversation is going in the right direction and there is a possibility that a solution will come out on 22 January.

17/04/2021/9:15:pm
New Delhi: Corona Virus cases in the country are continuously increasing. Meanwhile, the Director of All India Institute of Medical Sciences (AIIMS), the largest...

15/06/2021/2:31:pm
Mumbai: Akshay Kumar starrer espionage thriller ‘Bellbottom’ is all set to mark Bollywood‘s return to the theatres. The actor ended all speculation around the...

25/07/2021/10:28:am
Washington: The US has said that it is against the use of spying technologies against civilian organizations, critics of power, and journalists in "extraordinary...

Health workers do not need to wear PPE kits, understand the...