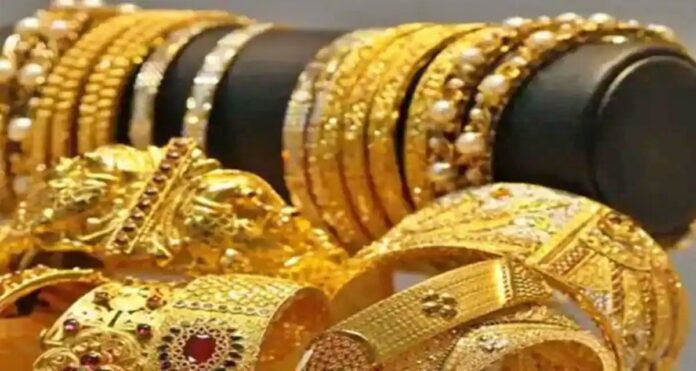 Last year, the government cut import duty in the budget. Earlier there was an import duty of 12.5 percent on gold and silver, which was reduced to 7.5 percent in Budget 2021. Now once again it has been reduced to 12.5 percent. The effect of increasing import duty on gold was also seen on MCX today and gold on MCX rose almost 3% to Rs 51,900 per 10 grams.

Price may increase by 1 thousand rupees

Bullion market experts say that due to this increase of five percent in the import duty of gold, the price of gold can increase by about Rs 1000 per 10 grams. Traders can currently import less gold due to an increase in import duty. It is neither the season of weddings nor the season of festivals. Therefore, the demand for gold in the domestic market may remain low for now. The demand for gold starts increasing in August itself.

Why increased import duty
The rupee is depreciating continuously due to the increasing import of gold. The rupee reached its record low earlier this week. With the increase in imports, the current account deficit is also increasing. The effect of increasing the import bill has also been on the forex reserve and it has reduced somewhat. Now the government has increased the import duty only to reduce the demand for gold, so that the weakness of the rupee can be stopped.

Sensation over death of 40 migrants in Texas, bodies found in truck on...

Kim Jong Un threatens nuclear attack in his speech amid rising tensions with US...

28/07/2022/8:52:pm
Seoul: North Korean leader Kim Jong Un has threatened to use his nuclear weapons in potential military conflicts with the US and South Korea....

67,622 crores increase in market capitalization of 7 top companies of...

Women in India are the first in the world to receive...