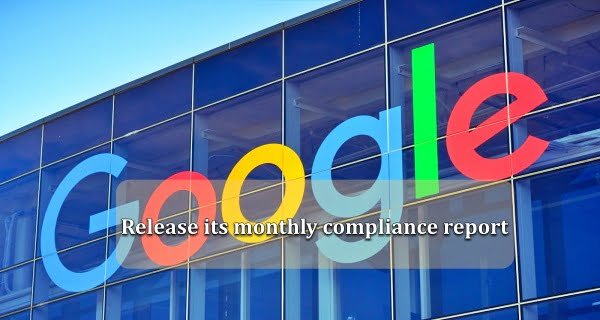 New Delhi: Google received over 27,700 complaints in April this year from individual users in India over alleged violation of local laws or personal rights, which resulted in the removal of 59,350 pieces of content, the company said in its maiden monthly transparency report. Google is among the first large digital platforms to release its monthly compliance report in compliance with the IT rules that came into force from May 26.

Under the new IT rules, large digital platforms – with over 5 million users – will have to publish periodic compliance reports every month, mentioning the details of complaints received and action taken thereon. The report is to also includes the number of specific communication links or parts of information that the intermediary has removed or disabled access to in pursuance of any proactive monitoring conducted by using automated tools. A Google spokesperson told that the company has a long history of providing transparency into the different types of requests it receives from around the world, and how it responds.

“All of these requests are tracked and included in our existing Transparency Report since 2010. This is the first time we will publish a monthly transparency report in accordance with (India”s) new IT Rules and will continue to publish more details as we refine our reporting processes for India,” the spokesperson said on Wednesday. The report said there will be a two-month lag for reporting to allow sufficient time for data processing and validation.

“In future reports, data on removals as a result of automated detection, as well as data relating to impersonation and graphic sexual content complaints received post May 25, 2021, will be included. We are committed to making improvements in the upcoming iterations of the report based on feedback from all stakeholders, including providing more granular data,” the report noted.

On Tuesday, social media giant Facebook has said it will publish an interim report on July 2, providing information on the number of content it removed proactively between May 15-June 15. The final report will be published on July 15, containing details of user complaints received and action taken. The July 15 report will also contain data related to WhatsApp. As per Google”s report that has been released on Wednesday, Google and YouTube received 27,762 complaints from individual users located in India via designated mechanisms during April 2021.

“We evaluate content reported to us under our community guidelines, content policies, and/or legal policies. Based on this review, removal action may be taken on one of the request reasons…” the report said.

The number of removal actions stood at 59,350 in the said period. The report explained that each unique URL in a specific complaint is considered an individual “item” and that a single complaint may specify multiple items that potentially relate to the same or different pieces of content. Google has been publishing its Transparency Report since 2010 that provides details on government requests for content removals on a biannual basis. The company also reports on YouTube content removals on a quarterly basis.

27/01/2021/9:41:pm
Washington: The Corona Pandemic has shaken the whole world. The figure of this deadly disease, which started a year ago, has crossed 10 crores...