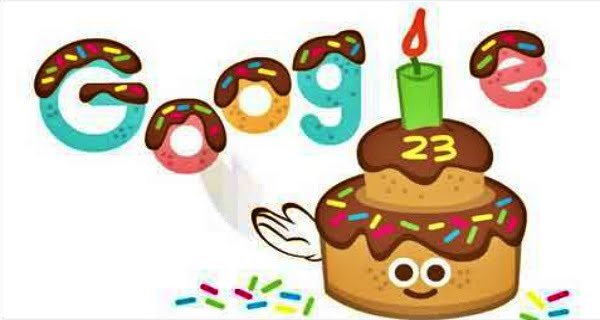 Google’s 23rd Birthday: The search engine Google, which has gained worldwide fame, is celebrating its 23rd birthday on Monday i.e. today. The company has made a great doodle on the homepage of Google. In which a cake decorated with the spelling of Google (Google is celebrating 23rd birthday) is visible. The cake has a birthday candle in the middle instead of “L” and “23” is written on it. This doodle has also been made in animated format.

Doodles on Google.com’s homepage began in August 1998 to celebrate Burning Man, a few days before the company’s founding – chocolate frosting and sprinkles incorporate the letters “Google”.

Google was founded in the year 1998 by Sergey Brin and Larry Page, two students of Stanford University in California, today Google has become the most searched search engine in the world. The headquarters of Google is known as “Googleplex”. Originally from India, Sundar Pichai is currently the CEO of Google, he took the position on October 24, 2015.

Also, he held the same position in Alphabet Inc. Pichai also became the CEO of Alphabet on December 3, 2019. Google often makes doodles on the occasion of an event or birthday. Let us tell you that Google is the world’s largest search engine in more than 100 languages.

29/08/2021/7:49:pm
Tokyo: Today was a great day for India in the Paralympics. Indian para athletic Vinod Kumar has won a bronze medal in the discus...

05/07/2020/5:15:pm
Bhopal: BJP MLA Rameshwar Sharma has been appointed as the Protem Speaker of the Madhya Pradesh Assembly. The Governor has appointed him as the...

Government gave big relief to these companies! Import exemption from China will have to...

01/07/2020/10:01:am
New Delhi: The central government has announced an increase in import duties along with a ban on many goods imported from China due to...