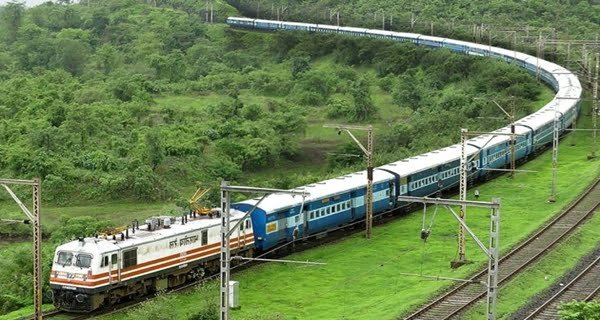 New Delhi: A good news for passengers that now they will get information about the status of the train easily. In fact, the Indian Railways have connected their engines to ISRO’s satellites, making it easy to find out about the train from the information received from the satellites, its arrival and departure are recorded automatically. Railway Board Chairman VK Yadav said that Railway has signed a memorandum of understanding with ISRO i.e. Indian Space Research Institute (ISRO) under which trains can be monitored by satellite. There are 350 section controls of railways across the country, in which officials like Kapil are taking decisions to run the rail in a better precise manner. ISRO is helping them in this work. The Gagan is actually a GPS aided GEO augmented system. Initially, it was developed for the air sector, but now it shares information about the speed and location of the train every 30 seconds.

Railway Minister Piyush Goyal has said on Twitter through a tweet that by improving the efficiency of train operations, Railways has started satellite tracking of trains. By December 2021, the entire freight and passenger rail operations will be tracked via satellite with the help of ISRO.

Railway network becomes modern – The new system is helping the railways to modernize their control room, railway network to operate trains in their network. In this, the RTIS device (device) has been linked to the Gagan geo positioning system developed by ISRO. This device itself is telling about the movement and position of trains.

Players who win international and Olympic games will be given Rs 5 lakh by...

08/01/2023/9:23:am
Bhopal: Chief Minister Shivraj Singh Chouhan has said that January is the golden month for Madhya Pradesh. Madhya Pradesh is full of enthusiasm and...

MMS Named a Great Place to Work in India

‘Bad Bank’ is not only necessary but also unavoidable in the current situation: Subbarao

23/06/2020/10:02:pm
Bengaluru: Among the major states in India, Karnataka has achieved the highest per patient contact tracing at about 47 contacts per patient. The incharge for...

India and China have decided to continue the military and diplomatic...