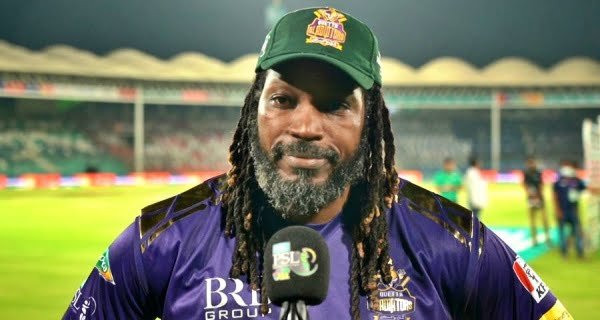 New Delhi: Windies T20 veteran Chris Gayle has shown his bullying in all T20 leagues in the world. He made a new record in the Pakistan Super League (PSL) by scoring a half-century on Monday night. This was his first score of over 50 in T20 in Pakistan. Gayle has done this feat in 12 countries so far. No other player has such a record.

Talking about Chris Gayle’s overall T20 career, he has scored the highest score of 50+ in India 37 times. Gayle and Rohit Sharma of India had done this feat in 11–11 countries. But Gayle has achieved a world record by playing an innings of 68 runs for Quetta Gladiators in Pakistan. In addition to India, Gayle has scored 20 in the Windies, 7 in England, 7 in South Africa, 1 in New Zealand, 7 in Australia, 3 in Zimbabwe, 11 in Bangladesh, 3 in the US, 3 in Sri Lanka, 8 in the UAE and 1 time in Pakistan. Has scored 50+. The 11 countries against which Rohit has done this feat include South Africa, England, Windies, Sri Lanka, Bangladesh, UAE, Australia, USA, Ireland and New Zealand, besides India. Rohit has scored the highest score of 50+ in the country 44 times. However, Gayle’s team lost in the PSL match.

Gayle is the player with the most runs and centuries in T20
There is no player in the world ahead of Chris Gayle’s record in the overall T20 record. Gayle has scored 13691 runs in 413 matches at an average of 38. An unbeaten 175-run innings is his best innings. During this time, he has scored 22 centuries and 86 half-centuries. He has hit more than one thousand sixes and more than one thousand fours. Apart from this, he has also taken 80 wickets. Have also done the feat of taking four wickets twice. No player of Team India could play 300 matches in T20.

24/12/2020
Washington: A top official associated with the vaccination campaign in the US said that work is being done to provide 20 million doses of...

06/09/2020
London: Stylish batsman Ian Bell on Saturday announced his retirement from all forms of cricket at the end of the 2020 domestic season. The...

25/02/2021
New Delhi: India has got a huge success in the Rs 14,000 crore fraud case with Punjab National Bank. The Westminster magistrate court of...