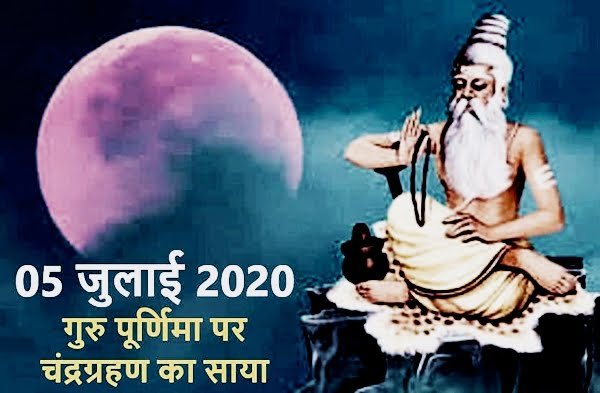 Chandra Grahan 2020: The third lunar eclipse of this year (Lunar Eclipse) is going to happen tomorrow i.e. July 5. Sutak Kaal will not be valid in this eclipse period. It will appear in parts of South Asia, America, Europe, and Australia. Let us tell you that in the year 2020, there will be a total of 6 eclipses. Out of this, two lunar eclipses (10 January, 5 June) and one solar eclipse (21 June) have already taken place. In the coming time, there will be two lunar eclipses and one solar eclipse. A lunar eclipse is seen on July 5, but this eclipse will not be visible in India. However, take care of many things on this day.

Where will the lunar eclipse be seen

The lunar eclipse has a direct impact on the mind
The effect of lunar eclipse directly affects one’s mind. Along with this, it also affects the mother. In astrology, a lunar eclipse is considered a factor of mind and mother. Therefore, people whose moon is in the afflicted state should take measures for the peace of the lunar planet during the eclipse. At this time meditation is the best way to concentrate the mind.

What to do on Guru Purnima and lunar eclipse

What happens lunar eclipse
According to astrology, eclipses occur every year. Their number is at least four and the maximum is 6. An eclipse is an astronomical event. It is a matter of knowing that Earth, Moon, and Sun also move. Eclipse is a normal astronomical event. One can understand the eclipse in such a way that a ‘lunar eclipse’ occurs when the Earth comes between the Moon and the Sun. At the same time, there is a ‘solar eclipse’ when the Moon comes between the Earth and the Sun. A solar eclipse always falls on Amavasya and lunar eclipse full moon day. Right now, there is a difference of 4 lakh km between the Earth and the Moon and they are moving in their respective orbits. The Moon revolves at a distance of three lakh kilometers.

09/09/2020/10:50:am
Bangkok: Coronavirus, the tension on the border with India (India-China Border Dispute), the tension in the South China Sea, and poor relations with...

11/05/2022/9:52:am
New Delhi: Separatist leader Yasin Malik on Tuesday pleaded guilty in a Delhi court to all the charges against him related to terrorism and...

Any US attack on Iran could trigger a ‘full war’: senior Iranian leader

Blind, tainted bullets fired at a woman working for a police station in Afghanistan

Chandra Grahan 30 November 2020 Dangerous for which amount? know everything...

Buying idol of Shri Ganesh-Lakshmi on Dhanteras, keep these things in...

Holashtak seems to be happening since March 10, do not do...