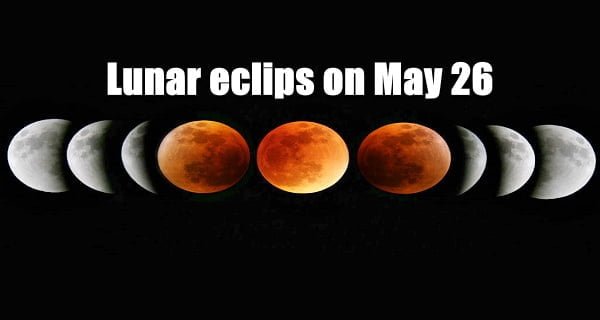 New Delhi: Full lunar eclipse will happen on Wednesday but it will be seen only briefly from North East, parts of West Bengal and coastal areas of Odisha and Andaman and Nicobar islands. According to the India Meteorological Department (IMD), the eclipse will be seen in South America, North America, Asia, Australia, Antarctica, the Pacific Ocean, and the Indian Ocean.

While lunar eclipse is considered to be a special astronomical event in scientific terms, lunar eclipse is a very important event in terms of religion and astrological calculations, which affects us as a whole as well as personally.

According to astrological calculations, the lunar eclipse always occurs only on the full moon day, the moon is said to be the mind of the world and in astrology, the moon is considered to be the causative planet of the mind, so the time of lunar eclipse is definitely in the atmosphere of mental ecstasy. It happens but geographically, socially and personally too, the eclipse period is considered to be a conflict-generating time.

Effect of the lunar eclipse on 26 May
People will develop, mental problems, most people will develop nervousness, over-thinking, negative thoughts, depression, irritability, and in the days around 26th, these things will be more dominating, so in the next, about 15 days you will get your mental state. And you have to keep a lot of control over behavior and avoid negative thoughts. At this time, arguing or making arguments with someone in your home family can increase your problems in your life, so keep yourself calm in the current corona situation. Reason: Those who are already facing anxiety and depression, all those people should especially avoid the next 15 days of over-thinking and negative thoughts and start the measures mentioned above now. Apart from this, this eclipse is being formed in the water element, so conditions like extreme rain, storm, and earthquake will be formed many times within the next one month and even bigger socially and politically. The situation can be created next few months.

‘RRR’ will compete in the major category of Oscars, ‘Nacho Nacho’ included in...

09/01/2021/11:10:pm
Shimla: In Himachal Pradesh on Saturday, the tremors of the Earthquake caused people to panic. According to the information, earthquake shocks occurred in Dharamsala...

Ukraine has accused Russians of Stole 133 Lethal Substances from Chernobyl

What will be an effect on all zodiac signs this new...

What is significance of Sharad Purnima? Donate ‘these’ items according to...