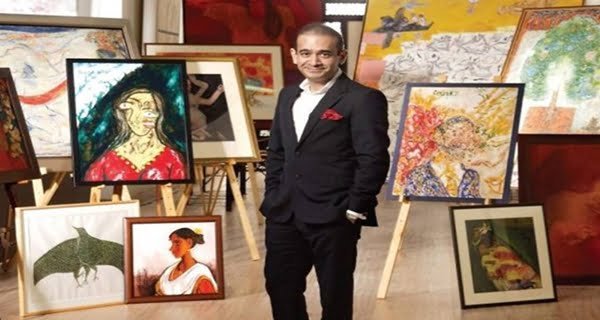 New Delhi: Enforcement Directorate (ED) has taken major action against the fugitive diamond trader Nirav Modi. The Enforcement Directorate has informed that Nirav Modi’s assets worth 329.66 crore have been seized under the Fugitive Economic Offenses Act. Significantly, in the early week of June, the PMLA court ordered that all the assets of Nirav Modi be confiscated. After this order, now the Government of India has the right over all the properties of Nirav.

This property has been seized
The Enforcement Directorate has stated that the seized assets of Nirav Modi include four flats in Mumbai, land in Alibaug, a farmhouse, flats in London, flats in UAE, a windmill in Jaisalmer, along with money deposited in banks and shares. It is being said that Nirav Modi has suffered a lot due to this big action by ED. However, before this, the seizure action has been taken by the ED on Nirav Modi.

The auction was held in March
51 crore was received from the auction of his properties held in March 2020. These assets were confiscated by the ED. The properties auctioned included Rolls Royce cars, MF Hussain and Amrita Sher-Gill paintings and designer handbags. Earlier, SaffronArt auctioned some artifacts owned by Nirav Modi in March 2019, raising Rs 55 crore.

Biden says ‘everyone is desperate’ on $3,500 billion packages being disrupted

03/10/2021/9:38:pm
Washington: Amid efforts by Democratic lawmakers to protect his program and a related public works bill by reducing the amount of a massive $3,500...

Rave party on cruise: Munmun took away drugs by hiding them in sanitary pads,...

10/10/2021/9:50:am
Mumbai: The NCB custody of Aryan Khan, son of Bollywood superstar Shahrukh Khan, arrested in the drugs case, has ended, after which Aryan was...

Film ‘The Are Us’, to be made on attack on New Zealand’s mosques, seems...

12/06/2021/10:37:am
Wellington: A film on Prime Minister Jacinda Ardern's reaction to the attack on New Zealand mosques and the killing of a large number of...

The judge who sentenced Pervez Musharraf to death died in Corona

23/02/2021/8:57:pm
Yangon: Protesters against Myanmar's occupation of power in Myanmar also appeared on the streets of the country's largest city on Tuesday. It is worth...

Kohli 3 steps away from century of fours in T20 World...