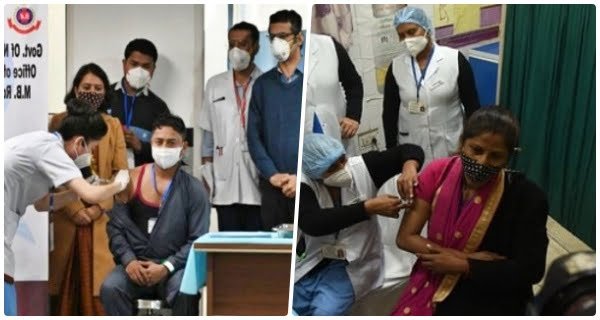 New Delhi: The next phase of Coronavirus Vaccination in India against Coronavirus is going to start from June 21. Under this, the central government will provide free vaccine for those above 18 years. In fact, Prime Minister Narendra Modi announced on June 7 that states will not have to purchase vaccines from vaccine manufacturers. The Center will procure 75 percent of the vaccine and distribute it free of cost to the states and union territories.

The first vaccination program in India started from 16 January till 30 April. During this, the policy of the central government was that it procured 100% of the vaccine from the vaccine manufacturers and gave them free of cost to the states and union territories. In the first phase, priority was given to frontline workers and those above 45 years. After this, from May 1, the Center implemented a liberalized policy, under which the center procured 50 percent of the vaccine from vaccine manufacturers, while the remaining 50 percent was procured by state and private hospitals directly from the manufacturers.

Regarding the change in the policy of vaccine procurement, the Health Ministry said, ‘Many states have now said that they are facing a lot of difficulties in raising funds, procuring and operating the vaccine. Because of this, the pace of the national Kovid vaccination program has been affected. It has also been noticed that even small and remote private hospitals are facing problems.

What will the state do now?
Now the states will give free doses of vaccine given by the Center to all people above 18 years of age. However, during this time health workers, frontline workers, citizens of 45 years of age and then citizens whose second dose is yet to be given and after that citizens of 18 years and above will be given priority in vaccination. The Center has said that for citizens above 18 years of age within the population group, states and union territories can decide on priority based on the supply of vaccine.

How many doses of vaccine to which state?
The population, the number of corona cases, and the wastage of vaccinations… these are some of the grounds from which the central government will decide on the supply of vaccine to the states.

No registration required on CoWin
It is not necessary to register first on Cowin.gov.in in the next phase of vaccination starting from June 21. This facility will be provided to the people only at all government and private vaccination centers.

23/03/2021/10:30:am
New Delhi: The Central Election Commission has taken a big decision regarding the assembly elections to be held in five states. Under which the...

No space at home and denied extension of stay at quarantine centre, Odisha man...

18/06/2020/12:22:am
Kendrapara (Odisha):(PTI) A 28-year-old returnee from Tamil Nadu spent seven days inside a toilet as his request for extension of stay in institutional quarantine...

In MP, not the public, now councilors will choose mayor and corporation president

06/06/2021/7:57:pm
Sagar: The Shivraj government has decided to conduct the election of the post of mayor and chairpersons directly from the public instead of the...