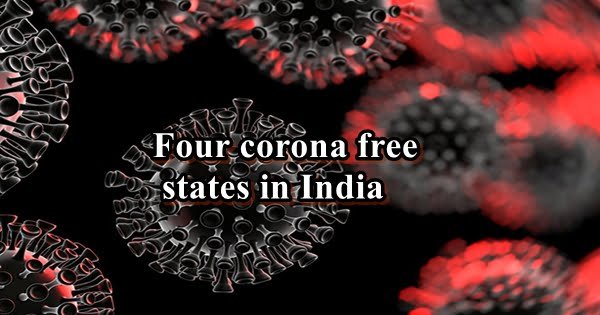 New Delhi: The Government of India has given good news on Friday in the midst of continuous deaths due to the havoc of Corona. The government said that there are four states in the country, Manipur, Mizoram, Nagaland, and Sikkim, where so far no deaths have been reported from Kovid-19 and its number of cases in the northeast region is lower than the rest of the country.

The government also said that the lack of testing facilities and dedicated Kovid-19 hospitals in 8 northeastern states initially hampered the fight against this dangerous virus, but the infrastructure has since been strengthened.

The Union Health Ministry said that as of now, the number of cured patients there is 5715, which is less than the number of treated 3731 patients. The deceased is 12 in the entire area.

The ministry said that the fight against the epidemic has been a collective and concerted effort across the country and the Center has given active and strong support in strengthening the medical care framework in the northeastern states to combat Kovid-19.

Assam has 10 public sector and two private laboratories, Meghalaya has 6 public sector laboratories and a private laboratory. There are 13 testing laboratories in Nagaland, three in Arunachal Pradesh, two each in Manipur, Mizoram and Sikkim and one testing laboratory of Kovid-19 in Tripura.
The ministry said, “There was a dearth of dedicated Kovid-19 hospitals, Kovid-19 health centers and Kovid-19 care centers in the northeastern states. Health care infrastructure has been strengthened in all eight states with the help of the center. ‘There are now 1518 dedicated Kovid-19 health units, which include 60 hospitals, 360 health centers and care centers.

Bill to eliminate 7 percent limit on US green cards, Indian IT professionals may...

04/06/2021/10:15:am
Washington: In the US House of Representatives, both parties jointly introduced a bill to remove the limit on Green Card based on employment given...

Where will Solar eclipse visible in India, Know everything about today’s solar eclipse

03/09/2020/4:34:pm
Kabul: Afghanistan government and Taliban officials have said to intensify efforts to come to the negotiating table. Negotiations between the two sides will be...

18/01/2023/4:23:pm
Vidyanchal School located in Aundh, Pune believes in strengthening students at a very young age as they stand by the thought that students, inculcated...

Covid-19 vaccine will not be recommended until proven safe: WHO