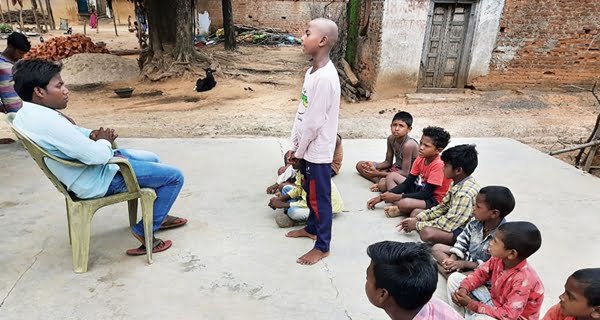 Giridih(Jharkhand): Neeraj Murmu, a resident of Duliakaram village in Giridih district of Jharkhand, has been awarded the UK’s prestigious Diana Award 2020. 21-year-old Murmu, a former child laborer, received this award for educating the poor and marginalized children. This award is given every year to children and young people between the ages of 09 to 25, who make an extraordinary contribution to social change by showing their leadership potential. Neeraj Kailash is associated with the Satyarthi Children’s Foundation (KSCF).

Neeraj Murmu of Giridih is among the 25 children of the world who were awarded this glorious award. It is specially mentioned in Neeraj’s certificate that in the direction of changing the world, he has done important work by motivating the new generation. He was awarded this award in a virtual ceremony due to the Corona crisis.

Used to do child labor in mines

At the age of 10, Neeraj used to do child labor in asbestos mines to feed the family. In the same sequence, the activists of Bachpan Bachao Andolan liberated them from child labor. After this Neeraj Kailash started working against child labor in association with this movement of Satyarthi. He started convincing people to get their children freed from child labor and get them enrolled in schools. While continuing his graduation, he established a school for poor children in his village, where poor children are engaged in education.

Poor children are waking up to education

According to Neeraj, during his studies, he understood the importance of education. Later, after convincing people, they got their children freed from child labor and started enrolling in schools. About 200 children are being educated in their school. Neeraj freed more than 20 child laborers from asbestos mines.

Chief Minister Hemant Soren congratulated and congratulated Neeraj Murmu on being honored with the Diana Award. CM said that Neeraj’s achievement is a moment of pride for the entire Jharkhand. The journey of this teacher who brought social change with children is inspiring.

27/10/2022/9:16:am
Tehran: There has been a terrorist attack in Iran. Gunmen opened indiscriminate fire at a shrine for Shia Muslims in the city of Shiraz....

Big news for private employees! Now gratuity will be transferred like PF if you...

Netflix ​​bringing cheaper plan ‘Netflix with ads’ by end of this...