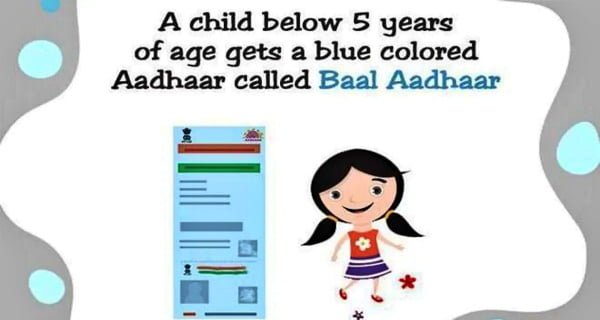 New Delhi: Aadhar card is the most important document among all the important documents of the Government of India. Unique Identification Authority (UIDAI) also makes an Aadhaar card for children below the age of 5 years, which is called the ‘Bal Aadhar’ card, but the Aadhaar of children is different from that of adults.

The 12 digit Unique Identification Number issued by UIDAI has now become one of the important IDs as it contains your demographic as well as biometric data. Let us tell you that a few days ago, the Aadhar Issuing Organization (UIDAI) has made some changes in the process of issuing Aadhar cards for children. Now, parents can apply for the child’s Aadhar card (Baal Aadhaar Card New Rule) by giving birth certificates or receipt slips issued by the hospital where the child was born.

How is Bal Aadhar Card Different?

CBSE Board 2020 pending exams to begin from July 1

08/02/2022/10:03:am
Kabul: Since the capture of power in Afghanistan, the Taliban has been fighting hard to get its government recognized at the international level. Meanwhile,...

Monsoon likely to hit Kerala coast on 31 May

28/05/2021/9:55:am
New Delhi: According to the India Meteorological Department (IMD), this time monsoon can reach India before the time. Yes, the southwest monsoon in Kerala...

First time,contestant exhausted all his lifelines reached up to 50...