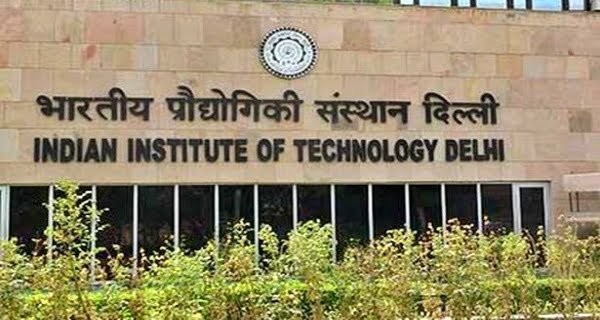 New Delhi: As digitalization has increased in the country, E-waste has also increased in the same proportion. The main factors of its origin include technology and changes in the lifestyle of man. Computers and other related appliances and household appliances such as TVs, washing machines and fridges, and cameras, mobile phones, and other related products, when out of use/use, are jointly labeled as e-waste. Scientists at IIT Delhi have developed a technology through which efficient management of e-waste can be done, as well as recycling and re-using it. IIT scientists say that this technology will be fully compatible in terms of Smart Cities, Swatch Bharat Abhiyan, and Aatma Nirbhar Bharat. This technique has been developed by Professor KK Pant of Chemical Engineering at IIT Delhi in collaboration with researchers.

E-waste to be 74.7 million metric tons by 2030
According to the data provided by the government, the e-waste produced in India is much lower than the estimates of international institutions. According to the Global E-Waste Monitor, 2017 (India), India generates about 2 million tons (2 Million Tonne) of e-waste every year and e-waste producing countries after the USA, China, Japan, and Germany. It is in the 5th position. Most of India’s e-waste is recycled by the country’s informal sector. A 2018 report by the Union Ministry of Environment found that the situation of recycling e-waste in India is not at all good. According to the Global E-Waste Monitor Report 2020 (2019), 53.7 million metric tons of waste were produced globally in 2019. With this, it is expected to be 74.7 million metric tons in 2030.

Three processes pyrolysis, generation of metal fragmentation, and recovery of individual metal will work
Professor Pant says that e-waste can also be considered an urban mine. This can also lead to the work of metal recovery and energy production. There are three processes in this project. The first is pyrolysis of e-waste, which is the process of heating and decomposing a material into a different substance by heating it. It is also called Thermal Decomposition. For example, if calcium carbonate is heated, calcium carbonate breaks down into calcium oxide and releases carbon dioxide. The second separation of metal fragmentation and the third recovery of individual metal. It is first pyrolyzed to obtain liquid and gaseous fuel from e-waste. After that, using a technique, 90 to 95 percent metal mixture and some carbonated materials are produced. The carbonized material is converted into an aerogel. It is used in cleaning spilled oil, dye removal, and supercapacitors.

With the new technology, e-waste and plastic waste will also be recycled
Professor Pant further explained that the next step is to recover individual metals such as copper, nickel, lead, zinc, silver, and gold using a low-temperature roasting technique. With this, 93 percent copper, 100 percent nickel, 100 percent zinc, 100 percent lead, and 50 percent gold and silver are recovered. There is no harm to the environment from any of these harmful elements. With this new technology, all types of E-Waste and Plastic Waste will also be recycled.

27/01/2021
New Delhi: In the canteen of Parliament, now the staff including Members of Parliament and others will have to pay more. Under the new...

07/07/2020
New Delhi: Indian and Chinese Army are face to face for the last two months in Galvan Valley of East Ladakh. After which talks...

11 days in March, banks will be closed, check all the important tasks

24/02/2021
New Delhi: The month of March is the last month of the financial year. In this month, the work related to banks generally increases...

05/10/2020
New Delhi, Delhi, India:  The incessant pursuit of development has accelerated life’s pace. As a result, health concerns have moved down our priority list. To...

27/11/2020
New Delhi: SC has issued detailed orders in the case against Arnab Goswami, editor-in-chief of Republic TV, in a case of incitement to suicide...