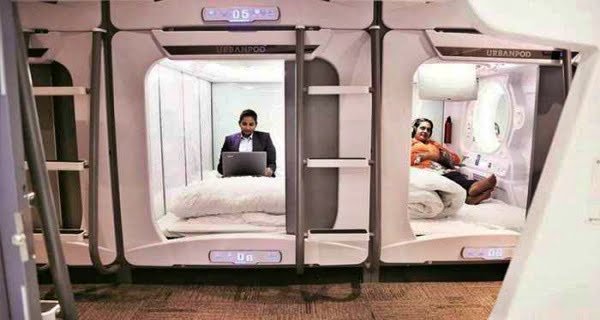 Mumbai: The first of its kind Pod Hotel has opened at Mumbai Central Railway Station, offering passengers and even common people of Indian Railways at relatively cheaper rates. One can take advantage of modern relaxation facilities.

According to a senior official of Western Railway (WR), one will have to pay Rs 999 for 12 hours and Rs 1,999 for 24 hours to stay in this pod hotel, which has WiFi, TV, a small locker, mirror, and reading light. Facilities like etc. will be made available. The Pod Hotel consists of several small bed capsules and offers affordable overnight accommodations to travelers.

26/11/2021/8:44:pm
Mumbai: Crisil Research on Friday said that the prices of vegetables have risen due to more incessant rains and tomato prices may remain elevated...

11/10/2020/11:09:am
Mumbai: Bollywood megastar Amitabh Bachchan is celebrating his 78th birthday today. On the occasion of Big B's birthday, there is always an influx...

01/03/2021/1:54:pm
Mumbai: Bollywood superstar Amitabh Bachchan is constantly in the news about his health. On Saturday, Big B suddenly told his fans about the surgery....