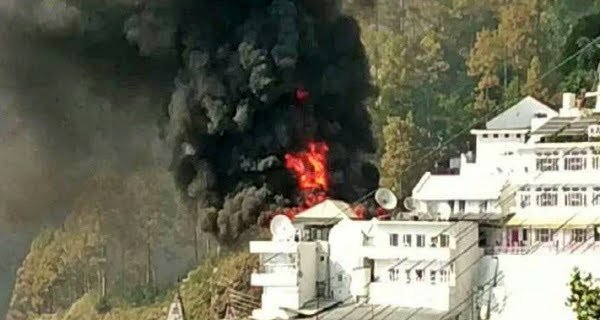 Katra: A major accident took place on Tuesday in the court of Mata Vaishno Devi located in Katra. The fire broke out near the cash counter located at gate number two of Kalika Bhawan located in the temple premises. In which he has become completely self by burning. Two people have been partially injured in this accident.

On this incident, the CEO of Shri Mata Vaishno Devi Shrine Board said, “The fire has been brought under control. While extinguishing the fire, SHO Bhawan, Suman Manhas, and an official of the Shrine Board were injured.

05/01/2021/1:03:pm
New Delhi: Himachal Pradesh became the fifth state in India to have confirmed bird flu cases in the last week. This comes after the...

‘The Kapil Sharma Show’ is coming back on TV soon, Krushna Abhishek gave a...

07/09/2020/11:52:pm
New Delhi: The Delhi Government has given great relief to the businessmen of Delhi in the fixed electricity charge. DERC has reduced the prescribed...

India crossed LAC on May 6: China

20/06/2020/8:01:pm
Beijing: China on Saturday accused that India had crossed the Line of Actual Control on May 6 to build fortification & barricades, which impeded...