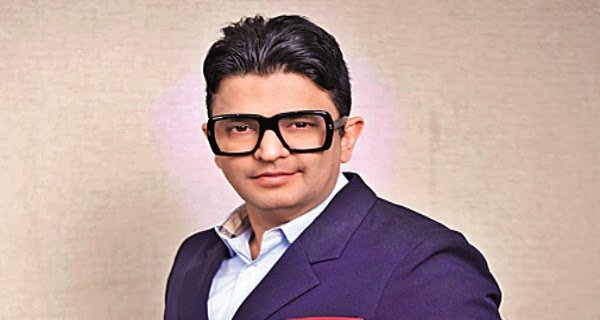 Mumbai: An FIR has been registered against Bhushan Kumar, the Managing Director of T-Series, at Mumbai’s D N Nagar police station after a woman claimed that she was allegedly raped by Kumar on the pretext of giving her a job in one of his upcoming projects.

Sources from Mumbai Police confirmed the development. “A case of rape under section 376 of the Indian Penal Code (IPC). We are still investigating the matter,” said a senior police officer on condition of anonymity. The case has been registered at D N Nagar Police Station in Mumbai. No arrests have been made yet.

According to the investigating officers, the victim is a 30-year-old woman. The Mumbai Police is now expected to question and record the statement of Bhushan Kumar, who is yet to respond to the allegations.

Bhushan Kumar is known for his work in the Hindi film industry. He took control of the music company T-Series in 1997 when he was 19 after the murder of his father, Gulshan Kumar. He ventured into film production with the 2001 romance drama Tum Bin. Bhushan went on to back hit films such as Bhool Bhulaiyaa, Ready, and Aashiqui 2.

Most active cases of corona in Kerala and Maharashtra, 63 lakhs got corona vaccine

09/02/2021/8:20:pm
New Delhi: The Union Ministry of Health held a press conference on Tuesday to give information about the status of the Corona Virus in...

Oxford-AstraZeneca vaccine to be approved by end of year: report

28/10/2020/8:39:pm
London: London's Heathrow Airport has not been one of the busiest airports in Europe since the Covid-19 epidemic began, and Charles in Paris The...