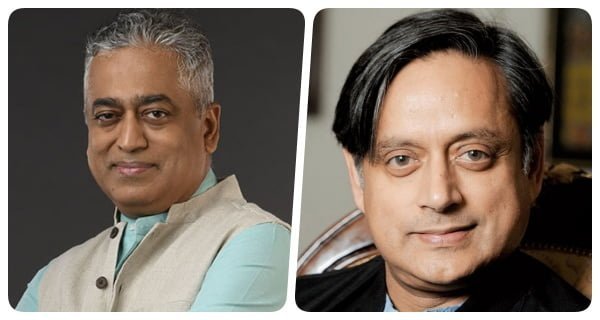 Noida (UP): In connection with the violence that took place during the farmers’ tractor parade on January 26 in Delhi, the Noida police charged eight people, including six journalists, including Congress MP Shashi Tharoor and senior journalist Rajdeep Sardesai, with treason Sedation and other charges. The case has been registered in Sector 20 police station of Noida on the complaint of a social worker. The complaint alleges that these people ran and tweeted unconfirmed news related to the violent farmers’ demonstration in Delhi on January 26.

Meanwhile, Deputy Commissioner of Police (Zone I) Rajesh S said that a social worker named Arpit Mishra has lodged a report in Sector 20 police station. He said that the names of eight people including Rajdeep Sardesai, Mrinal Pandey, Zafar Aga, Pareshnath, Anantnath and Vinod’s Jose have been mentioned in the FIR. The police official said that apart from Bhadansan in the FIR, allegations have been made under various sections of the Information Technology Act. Noida police is investigating the matter by registering a case.

Ration scam of 50 crores, 9 cases filed, including Congress leader and both sons

12/09/2020
Mhow/Indore: A scam of 50 crores has come out in the ration being supplied to the government fair price shops of Mhow area. Two...

19/09/2020
Geneva: The World Health Organization (WHO) and UNICEF today signed a new collaborative framework which will accelerate joint public health efforts that put the most marginalized...

30/07/2020
New Delhi: The Delhi High Court has suspended the 4-year sentence given to Jaya Jaitley, the former president of the Samata Party. The Delhi...

24/10/2020
Mumbai: A tragic case of death of a coronavirus patient has come to light in Mumbai. A 27-year-old Corona virus-infected youth went missing 14...

The IT ministry issued a notice to Twitter, asking why no action should be...

12/11/2020
New Delhi: The Union Ministry of Electronics and IT has issued a notice to social networking website Twitter for showing Leh as part of...