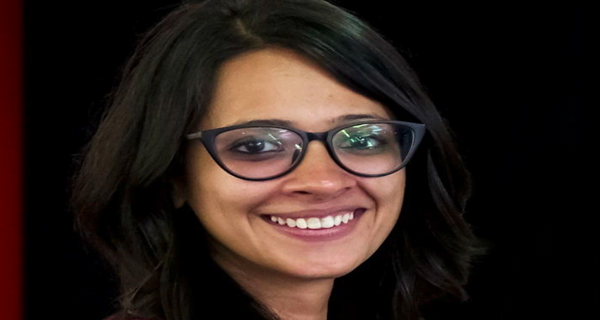 Schooling from St. Joseph Convent Idgah Hills School, Bhopal
Shirley Abraham’s childhood was spent in Bhopal itself. Shirley Abraham is schooled from St. Joseph’s Convent School in Idgah Hills. Since childhood, Shirley’s dream was of film making and that is why she chose the path of film making and now she has been nominated to become an Oscar member on the basis of her talent. Shirley says that she was very fond of watching movies since childhood and the elders used to say that they do not watch too many films, but it happens that neither thing is forbidden, it is like to work. So, saw many such films secretly and gradually the interest in film making increased and then took a course in film making.

Good news from friends on the release of Oscar list
On becoming a jury at the next year’s Oscars, Shirley says that she had neither filled a nomination form nor applied for it in any way. This year, one of the jurors for the Oscars would have given my name. Only after the list of the members of the Oscars was revealed, the list reached me from a friend, then I could not believe that I had got such a big achievement. Khushi wanted to celebrate with family by coming to Bhopal, but due to corona infection, Bhopal could not come.

Oscar subscribed to more than 800 film professionals from all over the world
This time, Oscar has offered membership to more than 800 film professionals from all over the world, including many celebrities from Hollywood and Bollywood. Many Indian professional filmmakers are also involved in this. Bhopal documentary filmmaker Shirley Abraham along with Amit Mahadesia and Nishtha Jain are also included. Shirley says that when your work is appreciated not only in the country but around the world, then happiness comes. She says that she did not dream of working with a big filmmaker, but she does independent film making. The task of film making is not very easy, but from the beginning she wanted to become a filmmaker. This is the reason why I chose this difficult task and now the difficulty seems to be getting easier.

26/04/2021/9:00:pm
Islamabad: Pakistan has received another 1 million doses of Covid-19 Vaccine From China. It Will help in controlling. So far, around eight lakh people...

India will become a member of UNSC from January 1

Heavy rains with strong winds predicted in these states, floods may occur here

07/08/2020/7:49:pm
New Delhi: The monsoon rains are now visible. After Bihar, heavy rains and floods have caused havoc in Maharashtra. South India has also not...

Bell Bottom is inspired by real-life hijacking events in India by...