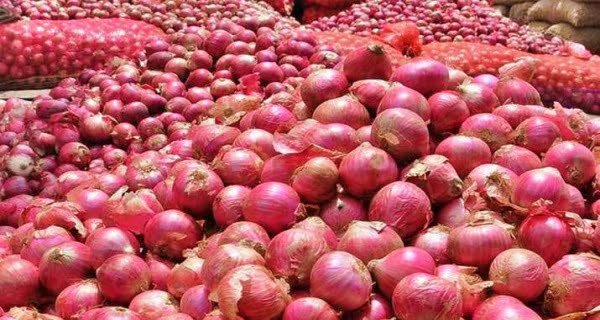 Nashik: In the district of Nashik, onion is getting less price in the mandis from the onion production cost for 7 to 8 months. Crores of rupees are being lost to the farmers. Yet the state and central government are not paying attention to this. This has angered the onion-producing farmers. The central and state governments have threatened to start a road agitation by stopping the sale of onions from August 16 if they do not consider the demands positively.

Disappointment with nafed
The onion of another farmer is getting a very low price in the market committee. Meanwhile, this time 2.5 lakh tonnes of onion were purchased from NAFED, but NAFED also sprinkled salt on the wounds of the farmers while buying onions at Rs 10 to 12 per kg. The onion production cost would have been Rs 20 to 22 per kg, but in the last few months onion is getting an average price of Rs 8 to 10 per kg. Farmers are demanding an average price of Rs 25 per kg for onions in all the market committees. If the demands are not acted upon, a warning has been given to agitate in the state and stop the sale of onions from August 16. This information was given by Bharat Dighole, founder and president of Maharashtra State Onion Producer Farmers’ Association.

Big attack on PAK army in Balochistan, terrorists claimed to have killed 45 soldiers

01/07/2022/9:19:am
New Delhi: The All India Senior Selection Committee on Thursday announced Team India for the three-match T20I and ODI series against England after the...

12/07/2020/11:33:pm
New Delhi: The Income Tax Department has facilitated a new functionality for Banks and Post offices through which they can ascertain the TDS applicability...