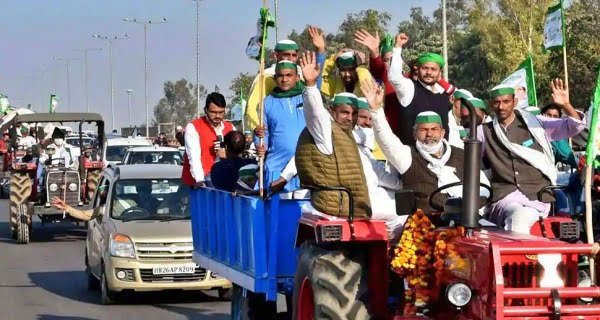 New Delhi: Farmers unions, protesting against the farm law 2020, said on Sunday that they would take out their proposed tractor parade in Delhi on the occasion of Republic Day. Union leader Yogendra Yadav while addressing a press conference at the demonstration site at the Delhi Border Farmer Protest said, “We will parade a tractor on the outer ring road in Delhi on Republic Day.” The parade will be very peaceful. There will be no disruption in the Republic Day parade. Farmers will put the national flag on their tractors. “

The authorities have moved the Supreme Court seeking a stay on the proposed tractor march or any other such protests by the farmers so that there is no obstruction in the Republic Day celebrations on 26 January. This case is pending in court.

Farmer leader Darshan Pal accused NIA
Another farmers union leader Darshan Pal Singh alleged that the National Investigation Agency (NIA) is registering cases against those who are part of the protests or supporting it. “All the farmer’s unions condemn this,” Pal said. Pal’s reference was to the summons by the NIA for allegedly issuing a farmer union leader in a case involving the banned organization “Sikhs for Justice Organization”.

Farmers are demonstrating on the Delhi border
Thousands of farmers, mainly from Punjab, Haryana, and western Uttar Pradesh, have been protesting at various borders in Delhi for more than a month. The central government has presented these laws as major agrarian reforms aimed at increasing the income of farmers, but the protesting farmers are worrying that these laws will weaken the minimum support price (MSP) and “mandi” system. Will leave at the mercy of big corporates. The government says that these fears are wrong. The government has refused to repeal the laws.

27/07/2020
Lucknow: Several leaders, including Uttar Pradesh Congress President Ajay Kumar Lallu, were arrested on Monday in protest against the ongoing deadlock between the state...

11/09/2020
New Delhi: Swami Agnivesh, a social worker and well-known leader of Arya Samaj passed away at the age of 80 (Swami Agnivesh Passes Away)....

12/07/2020
Dhamtari (Chhattisgarh): The state government is striving for the promotion of cattle. After the unique initiative of taking cow dung at the rate of...

22/07/2020
Mumbai: While expressing his views on the case of Sushant Singh Rajput, the famous writer Chetan Bhagat has made very serious allegations against Bollywood's...

02/07/2020
London: During a ceremony here, Prince Harry of Britain stressed the need to remove institutional racism. In a video message shown at the 'Diana...